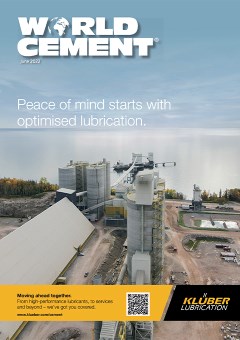 Energy prices continue to soar in the wake of Russia’s invasion of Ukraine. As supply lines are interrupted, gas and oil flows are cut off or subjected to sanctions, and the global energy supply infrastructure creaks under the strain, consumers ranging from single-person households right up to vast industrial concerns have felt the impact.

Domestic energy consumers have been hit hard by the rise in prices, with energy bills in the UK rising by an average of £700 a year in April and a further rise of £800 expected in October. The situation has become so dire that Ofgem, the energy regulator for Great Britain, has warned that 12 million households could be pushed into fuel poverty, i.e. where more than 10% of household income is spent on energy. To make things worse, the rise in prices comes paired with a jump in inflation to 9%, the highest in 40 years, with the figure effectively rising to 14% in October for the poorest 10% of households.
Indeed, so great does the problem seem to be that the British Government is bringing in further measures to ease the burden on consumers, including a £400 discount on energy bills for all UK households this autumn as part of a £15 billion support package. Most strikingly, this will be partially funded by a 25% windfall tax levied on soaring profits from oil and gas firms – something once considered unthinkable by many in the current government.
However, the energy demand of even the most extravagant household is minuscule when compared to the needs of even a modest cement plant.
Taking just one example of the strain felt by industry: earlier this year in Spain, industry-bodies including Oficemen, which represents the Spanish cement sector, requested the Spanish Government to “immediately adopt additional measures to those already taken, given the persistence in recent months of very high prices in the electricity and gas markets, which [are] triple the usual prices.” The situation was so dire that a number of plants were forced to temporarily close.
With energy prices looking set to remain elevated for some time, the importance of energy efficiency in the cement sector will continue to grow. What was once a ‘nice to have’ during times of low energy prices is already becoming a necessity, and cement plants can make significant savings with only small energy efficiency gains.
In fact, this month’s Cover Story from Klüber Lubrication (pg. 16) looks at just this topic. Markus Burbach explains how the ineffective lubrication of friction points can result in significant energy loss and highlights the following statistic: an average of 3 – 4% of the energy consumption of gearboxes alone could be eliminated through the use of more efficient lubricants, thus saving the cement industry up to €500 million a year.
If efficiency gains of a similar nature could be made across all aspects of a cement plant, the industry would stand to save billions, just when it needs it most. And, as a further bonus: less energy consumed means less fuel burned, which in turn means lower emissions. Energy efficiency isn’t just good for the bottom-line, it’s good for the planet too.