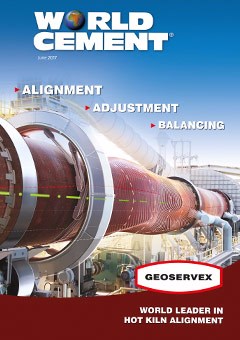 Safety is a key priority: it’s a phrase often heard in the mouths of cement company CEOs and in company annual reports. Success in safety is also something the industry, understandably, likes to highlight. To some extent, all heavy industries have an image problem in modern Western culture. Seen as dirty and dangerous, it is increasingly hard to attract new recruits into these industries. Anything that pushes back against that (erroneous) perception is welcome.

In the US, for example, the Portland Cement Association (PCA) recently handed out a series of awards that celebrated safety innovation at a number of US cement producers. The awards, which were presented at the PCA’s Spring board meeting in Washington DC, recognised Ash Grove Cement’s Montana City plant in Montana, CEMEX USA’s Baldones plant in Texas, CalPortland’s cement terminal in Portland, Oregon, and LafargeHolcim US.

The Montana City plant won in the milling/grinding category for the design and construction of a grinding media hopper that is loaded on the ground with a skid steer, then lifted into place by hoist, discharging the grinding media directly into the mills. “This new hopper has eliminated the uncontrolled release of grinding media, while charging the mills, and decreased the total amount of time for this operation,” PCA said.

In the pyroprocessing category, CEMEX USA was recognised for its work to upgrade the personal protective equipment used for hot work, which identified several new types of materials that performed better when protecting workers, who come into contact with kiln feed, while working around preheaters.

CalPortland’s Portland cement terminal and Lafarge US were both winners in the distribution category: CalPortland for developing a new approach to bucket elevator mechanical inspection and Lafarge US for a programme that encouraged contract haulers to switch to pneumatic tankers, which are both safer (in that they eliminate the need for the driver to mount the truck) and more efficient (reducing loading time by six minutes).

These examples of innovation also highlight a wider point: that innovation – even innovation not directly tied to process optimisation – often benefits the company’s bottom line. At least three of the PCA’s safety innovation award winners were projects that improved both safety and process. Beyond that obvious link, however, is the idea that worker contentment – which would include their workplace safety – has a causal link to worker productivity.

In a 2015 study, economists from the University of Warwick found that happiness in a workforce made people around 12% more effective. As Dr Daniel Sgroi, one of the report’s authors, explained: “happier workers use the time they have more effectively, increasing the pace at which they work without sacrificing quality.” “The cement industry is dedicated to the safety of our plants and the people who work in them,” said PCA Chairman and President of CalPortland, Allen Hamblen. It might sound something of a truism, but shouldn’t be. Safe plants – plants that show they value their employees – will breed happier workers, who will make for more productive plants. They will also help attract new talent into an industry that needs it. It’s a win-win situation that should be celebrated and emulated through the industry.