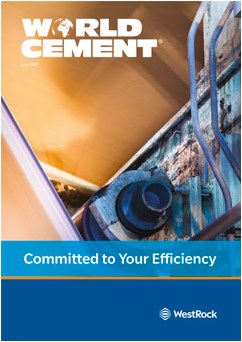 In the southwest of the UK, one of the largest and most complicated construction projects in Europe has been quietly gathering momentum over recent years. When finally completed in June 2026 (according to the most recent estimates), the 3200 MWe Hinkley Point C nuclear power station will have cost somewhere in the region of £22 – 23 billion to construct and will provide low-carbon electricity to 6 million homes. Additionally, the plant’s two reactors will offset over 9 million t of CO2 every year, equating to nearly 600 million t over the plant’s projected 60 year lifespan.

Indeed, the scale of the project is so vast that it has warranted its own BBC documentary series: ‘Building Britain’s Biggest Nuclear Power Plant’. The show follows key personnel around the site as they direct the construction of this enormous nuclear jigsaw puzzle and balance the competing demands imposed by the vast scale of the project and the high level of precision required to ensure safety. Case in point: the project has made liberal use of ‘Big Carl’, the world’s largest land-based crane, to move hundreds of massive prefabricated concrete and steel elements around the site. Yet, at the same time, individual welds on key components are checked to find and eliminate millimetre-scale flaws.

Unsurprisingly, the amount of raw materials required for such a project is vast. Hanson UK was contracted to supply raw materials for the 49 000 t concrete base for the plant’s second reactor, which involved an 8991 m3 continuous pour. At the time this was carried out in 2020, Hanson had also provided materials to a range of other areas on the project, totalling: 51 000 m3 of concrete; 3.5 million t of aggregates; 300 000 t of marine sand; 90 000 t of cement; 145 000 t of Regen GGBS, and 140 000 t of asphalt. The sheer amount of materials required led to the building of the plant’s own jetty, which removed the equivalent of 10 000 truckloads from the road network.

However, having the raw materials available is just one part of the challenge: Even the formulation of the concrete itself posed a problem. With stringent safety requirements in place, it took five years to formulate the precise mix that would meet the expectations of all parties involved in the project.

Judging by what we’ve seen so far, Hinkley Point C looks set to provide some more headline-grabbing figures over the coming years and, if you have access to the BBC, ‘Building Britain’s Biggest Nuclear Power Plant’ is worth a watch.

If you’d like to hear about some other construction projects that have taken place over the last year or so, then make sure to take a look at this year’s edition of the World Cement World Review. Starting on pg 43, the World Review provides coverage of cement plant projects and upgrades from around the world on a plant-by-plant, country-by-country basis.