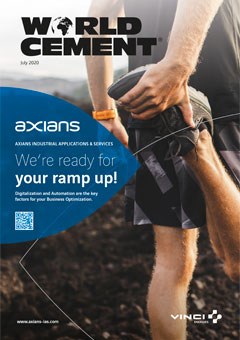 In a symbolic gesture of recovery, France’s famous Eiffel Tower has opened once more to visitors after its longest closure since the Second World War. Things won’t be going quite back to normal pre-pandemic conditions: the tower, which usually sees around 7 million visitors a year, will be limiting access to just the second floor, restricting guest numbers, and enforcing the use of face-coverings for anyone over the age of 11. France isn’t the only country in Europe easing restrictions; just in time for the peak holiday season, countries across the continent are beginning to remove bans on travel, both internal and domestic. The UK, for example, recently announced the re-opening of hotels, pubs, and restaurants – there are caveats and rules about exactly how these services can operate, but for many businesses in the hospitality sector, it was a case of re-opening now or never.

There might be further delays for would-be transatlantic travellers, however. At the time of writing, the EU is still considering whether or not to open the borders to travellers from the US and other countries in the Americas. With many European nations hoping to restart their tourism and hospitality sectors, the EU is expected to draw up a ‘safe list’ of countries that meet various health standards. According to the BBC, reports from Brussels show that infection rate would be amongst the key criteria and that travel to/from the EU and countries such as Brazil and the US would likely remain restricted for the time being. US Secretary of State, Mike Pompeo, struck an optimistic note, stating that he was “very confident” a solution could be found. “We certainly don’t want to reopen in a way that jeopardises the United States from people travelling here and we certainly don’t want to cause problems anyplace else,” he added before mentioning that the US would work “to get the global travel back in place”.

So then, with travel becoming a major topic, it’s perhaps fitting that this issue features the 2020 edition of World Cement’s World Review. This annual review of the global cement industry provides coverage of new projects and upgrades on a plant-by-plant, country-by-country basis. Starting on p. 48, the World Review is divided into the following regions: Africa and The Middle East, Asia Pacific, Europe and the CIS, North America, and South & Central America. Each section comes with a brief economic overview of a selection of countries in the region before moving on to the project updates. From Algeria, to Australia, to Azerbaijan, we’ve got the whole world covered.

Before you dive into the issue, I’ll leave you with one more piece of positive news: a human trial of a new coronavirus vaccine has begun the UK with hopes that it will be available for distribution from early 2021. With 120 vaccine programmes underway across the globe, a post-pandemic world is coming closer every day.