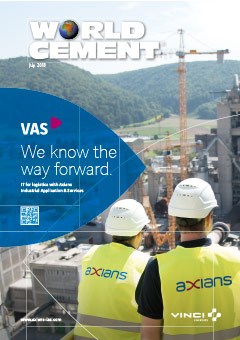 Trade is back in the headlines. Following the recent farce of a G7 summit in Canada (when a thought-to-be-agreed final announcement was torpedoed by US President Donald Trump via a mid-air tweet, after comments from the Canadian Prime Minister), the prospect of a trade war between the US and some of its closest allies (the EU, Canada, and Mexico) is back on the table.

Meanwhile, the tit-for-tat between the US and China continues to escalate. After US tariffs on US$50 billion of Chinese imports drew a response in kind from Beijing, President Trump threatened to impose a 10% tariff on a further US$200 billion of Chinese goods. “The US will no longer be taken advantage of on trade by China and other countries in the world,” the President warned.

“As China hawks [...] appear to have gained power within the Trump Administration lately, an all out trade war now seems more inevitable,” said Yasunari Ueno, Chief Market Analyst at Mizuho Securities in Japan.

With trade seemingly back on the agenda for the foreseeable future, what impact could these tariffs have in the cement industry?

At the specific industry level, the impact appears limited. No tariffs have been suggested on cement or clinker specifically. Indeed, given the localised nature of the cement industry, the current kerfuffle will have little to no impact on much of the industry. Potential fallout will be confined to the NAFTA area, with Canadian and Mexican cement imports into the US likely to be hit by any tightening of trade between the North American countries. This may in turn offer a boost to US cement producers, as cement users switch to local suppliers.

According to the US Geological Survey, the US imported 11.28 million t of cement in 2017. That is likely to be an underestimate, however, as the USGS data does not include informal imports from Canada via truck through Seattle and Detroit or through El Paso from Mexico. The trade in cementitious material is nonetheless limited, worth around US$1 billion, according to Raluca Cercel of CW Group, compared to iron and steel imports, which are valued at a total of US$29 billion.

US cement producers are however at risk (albeit indirectly) from the tariffs on iron and steel, explained Kenneth D. Simonson, Chief Economist of the Associated General Contractors of America.

“Construction is a major user of steel (and aluminium),” Simonson told World Cement. “There is little or no production of some types of steel, such as certain diameters of pipe, used in construction. As a result, costs will go up even faster than they have done recently and some projects may be delayed because of slow delivery of crucial materials, scaled back, or cancelled in light of rising costs.”

“Industries that lose export market because of retaliatory tariffs or quotas, or have become uncompetitive, due to higher steel or aluminium costs, will cut back on demand for construction,” Simonson added.

On top of this, there is the general threat to global economic growth that a series of escalating trade disputes will have. This could peg back what is a generally positive outlook for the global economy and hit construction globally, muting demand for cement. Nothing is yet certain, however, and given the US President’s mercurial temperament, making any prediction is something of a fool’s game. As CW Group’s Robert Madeira recently told World Cement: “there is still a possibility that a potential duty could be short lived [a result of] Trump positioning aggressively in the opening salvoes [of trade negotiations] to later soften the stance once concessions have been made. The jury is still out.”