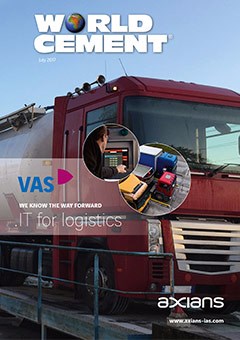 The UK appears to be in the midst of an identity crisis. Having voted narrowly to leave the EU last year, British voters went to the polls again last month in a General Election that Prime Minister Theresa May had hoped would deliver her an increased parliamentary majority. Her arm thus strengthened – so the conventional wisdom went – she would be in a better position to negotiate the terms of Brexit.

All well and good – except the British voters failed to read the prime minister’s script, delivering a hung parliament. Rather than an increased majority, the ruling Conservative Party finished eight seats short of a majority. Theresa May will now face EU negotiators at the head of a government that is reliant on a fragile agreement with a minor party from Northern Ireland for its continued existence. Hardly the position of strength she had been hoping for.

The turmoil in British politics is part of a wider malaise in Western democracies that has seen traditional parties fall victim to popular insurgencies. In the recent French presidential elections, for example, neither candidate to make the second round run-off came from an established party. The eventual winner, Emmanuel Macron, is as much a rejection of the old way of politics as Donald Trump in the US – or indeed Brexit last year.

The challenges do not end here though. As Sir Simon Fraser, a former British diplomat and now Managing Partner of business consultancy, Flint Global, noted in the keynote presentation at the UK Mineral Products Association’s annual conference, fundamental structural changes appear to be underway around the world. The rise of China, the re-emergence of Russia as a global player, the Arab Spring and its aftermath, the migration and dislocation of huge numbers of people, technological disruption to traditional industries – the risks are evident; the solutions, less so.

In this environment, companies face complex challenges to doing business – particularly those that operate on a global scale. We have seen this recently in the allegations that LafargeHolcim may have made payments to terrorist groups in Syria to ensure the safe operation of a plant it operated there. The scandal has already claimed the job of LafargeHolcim’s CEO, Eric Olsen, who resigned in an attempt to draw a line under the affair.

Olsen’s sacrifice seems to have failed to achieve the desired results, however, as French prosecutors confirmed they were now investigating the company. It is a mess that LafargeHolcim’s new CEO, Jens Jenisch, will no doubt rather not have inherited when he starts his new job in October.

Change and uncertainty thus look likely to be watchwords for global forecasts in the near term. Yet despite this, business does go on – as a look through this month’s issue will show. As is traditional in July, we have produced our World Review, a look back at some of the projects that have occurred in the cement industry over the last twelve months. As always, the World Review is divided by geography, but, in our own little change from the past, this year, each geographic section also includes a brief introduction from our always-insightful Contributing Editor, Paul Maxwell-Cook.

Robert Kennedy once said: “like it or not, we live in interesting times.” That may sometimes seem like a curse – but it needn’t be. As Kennedy concludes: “these are times of danger and uncertainty; but they are also more open to the creative energy of men than any other time in history.” Good words to remember when you next turn on the news.