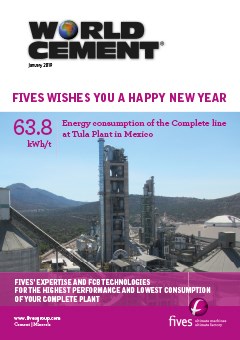 We begin 2019 with much uncertainty clouding the political landscape. In the US, Democrats will take over the House of Representatives this month as the new session of Congress begins. That is likely to herald a significant increase in Congressional scrutiny of the Trump Administration, as newly installed Democratic Committee Chairs could use their powers to launch investigations into the Trump White House, adding to the already numerous legal difficulties facing President Donald Trump.

Much will depend on the behaviour of the current occupant of the Oval Office. There are areas in which the president and Democratic House could find common cause: infrastructure would be one example. Yet President Trump was in combative form at a meeting with Democratic congressional leaders in mid-December. If US politicians continue to reject bipartisanship, two years of gridlock is the likely outcome.

Europe is also chaotic. Brexit has proved politically toxic for the UK. In December, Prime Minister Theresa May survived an attempt to defenestrate her by her own MPs, but has run up against apparently insurmountable difficulty in persuading the House of Commons to back her Brexit agreement. A vote is scheduled for later this month, after being delayed in December to allow more time for the prime minister to gain the required support: it remains unclear what will happen should the House of Commons reject the deal.

Elsewhere, the gilets jaunes protesters forced President Emmanuel Macron to scrap a fuel tax rise, promise a rise in the minimum wage, and offer tax cuts for pensioners. And over the border in Germany, the reign of Angela Merkel is drawing to a close, after she stepped down as leader of the CDU, following significant losses in state elections in Bavaria and Hesse. She remains Chancellor through to 2021.

In Asia, India will hold a General Election in 2019, with signs that the ruling BJP may face a tough bid to stay in power. The party lost a number of key state-level elections in December with the rival Congress party taking power in Rajasthan and Chhattisgarh from incumbent BJP governments. In Madhya Pradesh, a decade and a half of BJP rule was also ended, although Congress failed to win an outright majority. Until recently, a BJP victory in 2019 appeared inevitable. But following these results – as well as falling BJP popularity in rural India – the election now looks like it could at least be competitive.

The coming year could then be a politically turbulent one: never an exciting prospect for businesses. Despite this, cement demand is expected to be broadly positive in most regions (with the continued exception of the Middle East), according to Imran Akram, IA Cement. Demand (ex-China) is forecast to rise by 2.5% – 3% in 2019, while supply-side reforms in China and Europe have seen prices start to rise. Akram’s full forecast can be found on pp. 11 – 14.

Wherein lie the risks? A hard Brexit, whereby the UK leaves the EU without a deal, falling back on WTO trade rules, would hit the UK and European economies. The US political scene could also prove unpredictable in 2019, although Goldman Sachs expects a continuation of economic expansion in the US through next year.

Then there is China. Much of the supply-side reform in the cement industry has been directed from Beijing, which has closed significant cement production capacity. This has seen cement prices in the country jump, while also turning the country into a net importer. This has tightened cement markets with resulting benefits to price. But Beijing is a fickle master and the country’s economy is facing a number of challenges. The cement industry will not be the first to try reading the Chinese tea leaves for indications of its future.