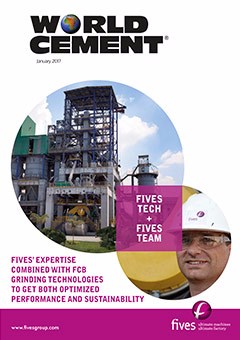 The closing of one year and the beginning of the next year is always an uncertain time – and the turning of 2016 and 2017 is no exception. Last year was, after all, a year of significant political upheaval: from Brexit to Donald Trump’s win in the US Presidential Election and – in the last month of the year – Matteo Renzi’s resignation as Italian Prime Minister following his defeat in a constitutional referendum. Many will be hoping for a quieter year.

Yet there is every chance that 2017 could turn out to be at least as volatile – particularly in Europe. With right-wing populists thought likely to do well in the Dutch General Election, French Presidential Election, and German Federal Election, this year could bring yet further existential crisis to the EU. To this, add the potential for Russian mischief, as President Putin tests the boundaries under a newly-inaugurated (and pro-Kremlin) President Trump and his Secretary of State Rex Tillerson.

President Trump himself brings a host of uncertainties to the outlook: despite endless speculation, it is still unclear how he will govern – and how he will relate to the rest of the world. That will be causing no-little concern in Beijing (among many other capitals), the site of another of 2017’s key events: the 19th National Congress of the Chinese Communist Party, during which the governing Politburo, and its more powerful subcommittee, the Politburo Standing Committee, will be selected.

With many of the country’s current rulers reaching mandatory retirement age, the National Congress is an opportunity for Chinese President Xi Jinping to consolidate his power – perhaps even paving the way for a third term in power from 2022. That would test China’s institutional power, as Xi will have reached mandatory retirement age by then. But resistance to Xi – revealing divisions at the top of Chinese government – would add significant risk to global economic growth, particularly given the existing structural imbalances and high indebtedness of the Chinese economy.

There are also significant positives, however: as Imran Akram of IA Cement writes in this month’s keynote article, prospects for cement demand in 2017 are more upbeat than for a number of years. Although cement consumption in the Middle East and Latin America will continue to be challenged, IA Cement is forecasting growth in all other regions on higher infrastructure spending and a stabilisation in China. According to Akram: “After a dreadful year in 2015 and a poor start to 2016, global cement demand has staged a solid recovery. Since April 2016 this has been driven by a return to growth in China, rising commodity prices and a significant global acceleration in infrastructure spending. In 2017 global cement demand is expected to maintain this recovery with an increase of 2.0 – 2.5%.”

The year ahead is (as they always are) full of risks and opportunities: the turning of the calendar marking the start of another period of change. This is true here too at World Cement. The more eagle-eyed reader will have already noticed a different face and name at the top of this column. From the start of the year, I have been privileged to take on the role of Editor here at World Cement, returning to a magazine that I worked (very briefly on) almost a decade ago.

Having worked with both of the previous two editors, Paul Maxwell-Cook and Katherine Guenioui, I’m aware I have rather big boots to fill. But at this fascinating time for the cement industry, I am excited to take on this most prestigious and venerable of magazines. Over the course of the many years since it was first published in 1928, World Cement has seen numerous epochs of dramatic change and has always stuck to its task of providing unrivalled technical coverage of the global the cement industry. We will continue to do so and look forward to you continuing with us on the journey.

Do let me know your thoughts on where the industry is heading this year. I look forward to hearing from you – and wish you all a very happy and successful 2017.