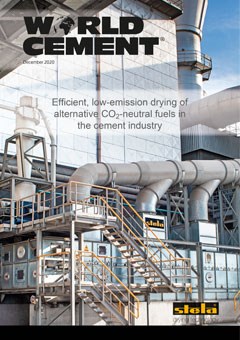 Another year is drawing to a close, and what a year it’s been. Characterised by uncertainty and, for those who lost friends or family, tragedy, 2020 will go down as a year that many of us would rather just forget.

Despite the understandable urge to move on, however, this year has offered a few positives that shouldn’t be written off. As much of the world first went into one kind of lockdown or another in late March/early April, industries – indeed entire economies – suffered, but nature rebounded. As flights were grounded, plants shuttered, and workers were told to stay at home, air quality across many densely populated areas improved dramatically, wildlife returned to now quiet streets, and with most other entertainment venues closed, people flocked to explore the natural areas around them. In short, for the first time in the lives of many, the environmental impact of modern human society became undeniable, with a literal ‘before and after’ comparison appearing just outside the window.

As I mentioned in a Comment a few months ago, I’m not suggesting that we revert to lives of feudal agrarianism (I’m quite fond of the internet, electricity, refrigeration, etc.), but this snapshot of a ‘greener’ future should inspire individuals, industries and whole nations to seek more efficient, smarter ways of doing things. The news that even China, by far the world’s largest emitter of CO2, has stated its ambition to reach ‘peak carbon’ before 2030 and attain carbon neutral status by 2060 is a sign that things are beginning to change.

Under pressure from pre-existing environmental regulations (particularly in Europe), the cement sector is already making strides towards cutting its carbon footprint. Throughout this year, World Cement has run articles, broadcast webinars, and hosted online conferences with content from leading players in the cement industry, detailing their efforts to reduce emissions through the use of alternative fuels, clinker substitution technologies, carbon capture & storage, and other solutions. If the cement industry can make these kinds of changes, it would serve as an important example of what can be done with the right technology and expertise.

Speaking of which, another cause for celebration is the rapid development of multiple vaccines for COVID-19, with the Oxford variant showing particular success amongst the elderly – a high risk category. When confronted with an urgent crisis, private enterprise (with fulsome state support) has been able to reduce the turnaround time for a vaccine from nearly a decade to less than 1 year. Whilst clinical trials are still ongoing at the time of writing, this rapid development of what appear to be highly effective vaccines is another example of what a unified effort can achieve.

Whilst 2020 has been a year that many would like to forget, it has also been a year that has highlighted what human ingenuity, science, and industry can achieve. The World Cement team wishes you all a happy and safe end to the year; we’ll see you again in January.