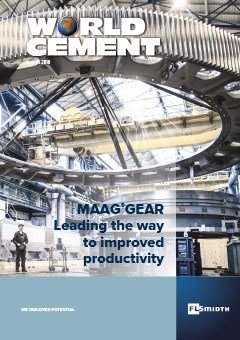 Last month, plans to build a wooden 12 story high-rise in Portland, Oregon, were called off, after developers failed to find sufficient funding to pursue the project. Constructed from cross-laminated timber (CLT) – a building material made by gluing sheets of wood together – the tower was the first wooden high-rise to be approved by US planners and was expected to be the tallest such building in North America.

Despite the set back in Portland, wooden buildings are gaining in popularity. Indeed, a recent report from BMI Research that examined ongoing technology developments within the construction industry highlighted “growing interest in non-traditional building materials like timber, which offers significant advantages relative to steel and concrete and will inform its increasing adoption going forward.”

Wood is particularly highlighted because of its “sustainability benefits” as it comes from a “renewable source and reduces onsite waste in comparison to cement”. Wooden structures are also lighter “without sacrificing strength” and can “largely be on a modular basis, allowing the greater integration of robotics in cutting and assembling timer frames.”

These are claims that are often made by the timber industry itself. Indeed the timber industry’s PR machine is well oiled and has powerful supporters (often politicians who represent regions with a large timber industry). Meanwhile, its claim to sustainability captures the zeitgeist of the moment. Yet it is on this claim that timber is on shaky ground, as William Larson of the Pacific Northwest Building Resiliency Coalition pointed out in a recent opinion piece published on our website.

According to Larson, research has shown that only a small fraction of the CO2 stored in a living tree is retained in long-lasting wood-based building products, such as CLT or dimensional lumber. And although cement production is a significant emitter of CO2 globally, “research has shown that concrete reabsorbs much of the carbon previously emitted from cement production through a process called carbonation. Simply put, concrete is also a carbon sink.”

Sustainability also goes beyond counting the CO2 emissions made in the production of various building materials. As Evan Reis, Executive Director of the US Resiliency Council, told World Cement: “builders and designers need to look at the full lifecycle of a building. That includes not only the initial time and cost of erecting the structure, but the potential for having to repair or replace it, if it is hit by a disaster, such as fire, wind, flood, or earthquake. In weighing the true sustainability of any material we need to consider its resilience to the natural environment in the long term.”

This is not to say that timber does not have a place within the building materials industry. Its efforts to position itself as a panacea to the construction industry’s sustainability challenges is however (at best) naïve and (at worst) deliberately disingenuous. Cement and concrete will remain integral to the built environment, while the cement and concrete industry is doing much good work to reduce its environmental impact. This is often overlooked and it is therefore heartening to see the establishment of the Global Cement and Concrete Association by the sector’s leading companies to champion the industry’s achievements at the international level.

The choice of building material determines the resiliency – and therefore the long-term sustainability – of a built environment. The cement and concrete industry has helped to build the modern world and is central to solving the challenges the world is facing today. That is a message that the industry would do well to help to spread.