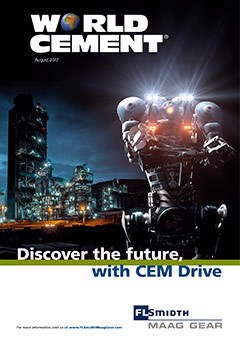 The architectural achievements of Ancient Rome are remarkable – and all the more so for their use of concrete. From the Pantheon to Trajan’s market, Romans used a type of concrete made from combining volcanic ash, water, and quicklime in their buildings: they also used it to construct massive marine walls to protect harbours and serve as extensive anchorages for ships. These seawalls can still be seen along the Italian coastline, after almost two millennia.

This is remarkable, given that modern portland cement tends to erode within decades in marine environments, let alone millennia. So what was the Roman’s secret? A team of US scientists, led by Professor Marie Jackson of the University of Utah, now thinks they have the answer – and it lies in a very rare mineral found in Roman cement: aluminous tobermorite (Al-tobermorite).

According to the scientists, when seawater percolated through the concrete in the Roman maritime structures, it dissolved components of the volcanic ash, allowing new minerals to grow from the highly-alkaline leached fluids – and specifically the Al-tobermorite. The Al-tobermorite contains platy crystal-like formations that reinforce the cementing matrix, increasing the concrete’s resistance to brittle fracture.

“Contrary to the principles of modern cement-based concrete, the Romans created a rock-like concrete that thrives in open chemical exchange with seawater,” Jackson said in the American Mineralogist paper announcing her findings.

The discovery also seems to verify an observation that Pliny the Elder made around A.D. 79: Pliny wrote in his Naturalis Historia that the concrete habour structures become “a single stone mass, impregnable to waves and every day stronger.”

Ultimately, the endurance of Roman concrete in maritime environments owed more to chance that any particular mineralogical genius on the part of the ancients: according to Jackson, they were just lucky in the type of rock that they had to work with. “We don’t have those rocks in a lot of the world,” the University of Utah scientist added.

Despite this, a Roman-type concrete would have potential benefits in the modern world: Jackson has already proposed its use for the construction of a tidal lagoon power plant in Swansea, Wales.

“I think Roman concrete or a type of it would be a very good choice [for the lagoon],“ Jackson told the BBC in January of this year. “That project is going to require 120 yr of service life to amortise the investment.” Typical portland cement-based concretes with steel reinforcements would “surely corrode in at least half of that life time.”

There is also the potential to use such concretes in the seawalls that protect communities around the world that are vulnerable to sea-level rise. “As ice melts at the poles, even more water will surge into rising seas,” wrote Erin Blakemore on Smithsonian.com. “Given predictions of more extreme weather events driven by rising atmospheric temperatures, that means there will be a continued focus on sea walls to keep communities near shores safe.”

The potential of Roman-type cement is therefore intriguing. Some large question marks remain, however, not least over the exact concrete mix the Romans used. As Jackson noted: “The recipe was completely lost.” So far modern science has not been able to recreate it. Roman cement also takes time to develop its strength from seawater and features less compressive strength that portland cement.

It is not then a panacea to the problems faced by concrete construction in maritime conditions. That said, Jackson intends to continue her research and hopes to unlock more secrets of Ancient Rome. As she concluded: “The Romans were concerned with this. If we’re going to build in the sea, we should be concerned with it too.”