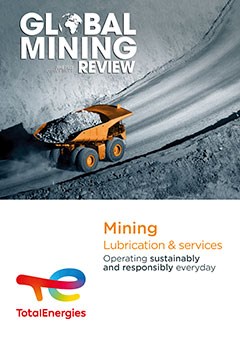 Some commentators predict that by 2035, 50% of all cars sold in the world will be electric. General Motors has also announced that it will stop producing carbon fuelled cars by that year. Each of those electric vehicles (EVs) will need a battery, a significantly more substantial and complex unit than the internal combustion engine model. While battery technology remains a dynamically changing proposition, a single car lithium-ion battery pack might typically contain: 8 kg of lithium; 35 kg of nickel; 20 kg of manganese; and 14 kg of cobalt.

The amount of these metals required to enable the projected production of EVs implies a startling increase to the current global production profile. Lithium production, for example, would need to increase seven fold between 2020 and 2030. While there is no shortage of lithium in the ground, that increased requirement implies an enormous investment in new projects. On the other hand, resources are concentrated.

More than 50% of lithium resources are in Chile. 80% of graphite resources – also required for batteries – are in China, Brazil, and Turkey. For cobalt, the principal issue is the concentration of both global production and resource in the Democratic Republic of Congo (DRC), more than 50% in each case. While researchers are looking at ways to produce a battery which does not need cobalt (likewise nickel, which has also recently increased significantly in price), none of the alternatives look particularly close. Diversification is occurring in the countries where exploration activity is taking place. In the end, however, nothing can be done to move minerals in the ground to a different jurisdiction.

While recycling will no doubt be an important factor, it cannot in any way meaningfully contribute over the next 5 – 10 years. In addition, with the exception of cobalt content, recycling the metals in a battery is not technically easy or financially efficient – at present it is probably cheaper to mine lithium than to recycle it. Recycling capability is also currently concentrated in China, Japan, and South Korea.

EVs are obviously intended as part of the solution to global warming and related environmental issues, however this is by no means a one way street. Mining has an environmental impact and the enhanced demand arising from the EV phenomenon will shine a light on that impact. Sourcing lithium from salars in Chile and elsewhere in South America raises issues concerning the depletion of groundwater in an already arid environment. Child labour concerns in the DRC have always surrounded cobalt production. Environmental, social, and governance considerations in supply chains have become increasingly important, with guidelines – such as those published by the Organisation for Economic Co-Operation and Development – now being followed in the EU. Conflict minerals are also now increasingly regulated.

The polymetallic and other nodules lying on the ocean floor are rich in the metals required for batteries (in addition to those already mentioned, they could also be a significant source of rare earths). However, with the exception of diamonds, nobody has to date managed to exploit this resource on a commercially successful basis.

Minerals in the ground are frequently geographically dislocated from where they are required. Possibly the most extreme example is with rare earths, where something in the region of 80% of usable material comes from China. On the contrary, the US produces nothing, and is 100% reliant on imports of metallurgical grade bauxite for the production of aluminium. Governments, having woken up to the supply chain problems with these strategic minerals, have been writing policies to address these issues at quite a clip.

The US Department of the Interior published its initial list of strategic minerals in 2018. With the exception of copper, the list included virtually all the battery metals. The UK and the European Commission have similar committees and/or action plans. In the end though, while these initiatives may focus the mind on the issue at hand, finding a solution is more problematic. While something can be done to encourage further exploitation of minerals in the ground, nothing can be done to change their location.

Get your free issue of Global Mining Review