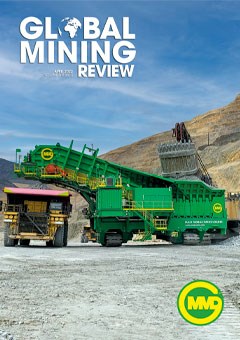 In the first two months of 2022, the mining industry was faced with relatively linear macro trends, such as a push for supply chain transparency and accompanying threats of ESG-related litigation, exponentially growing global demand for strategic minerals across many industries, and the government-mandated electrification of the automotive sector.

Russia’s invasion of Ukraine on 24 February 2022 has since completely upended the legal and commercial landscape for the mining industry, and will have serious knock-on and long-term effects across the entire mining supply chain.

The complexity of, and practical challenges inherent in, the disentangling of existing legal and commercial relationships cannot be overstated. While some of the short-term effects are becoming apparent, attempting to predict the medium and long-term legal implications would be akin to crystal ball gazing. However, some trends for the mining industry are becoming discernible.

In addition to unprecedented geopolitical instability, the mining sector is now also faced with exponentially rising energy prices. This has already led to the suspension of the production of mission-critical chemicals; sodium cyanide, for example, such as in the case of Czech producer, Draslovka.

The short and medium-term price volatility will almost certainly lead to the need or desire to reconsider or even breach (intentionally or unintentionally) contractual terms, including so as to recalibrate supply chains as a result of a fundamentally changed commercial landscape. The proper interpretation of force majeure, war, and insurance coverage clauses is almost guaranteed to take centre stage in commercial negotiations and legal disputes alike, whether before national courts or international tribunals.

As a result of the wide-reaching sanctions regimes around the world, raising funds may become increasingly challenging or even impossible for investors in the mining sector – a significant number of IPOs and transactions have already been derailed. Following a wave of resignations in boardrooms around the world, shareholder disputes are also likely to ensue.

Only recently, there was a risk that certain assets would be considered ‘stranded’ as a result of the concerted push for decarbonisation. Today, mining assets may quickly become physically ‘stranded’, leaving mining investors with little or no prospects of repatriating their assets, let alone recouping their sunk costs.

To the extent that the actions of the Russian government have caused foreign investors in the mining sector financial losses, some of these losses may be recoverable by relying on the 60 or so bilateral investment treaties in force between Russia and the home State of the relevant investor. Foreign investors may be able to rely on substantive protection provisions, such as the prohibition of unlawful expropriation, a duty to accord fair and equitable treatment, the obligation to adhere to contractual undertakings, the requirement to offer full protection and security to local operations, and strict rules in relation to the repatriation of foreign capital. By the same token, existing claims pursued by Russian investors against other countries – such as the recently initiated UNCITRAL claim against France – will also likely be affected. Given the abrupt rupture of existing diplomatic channels, enforcement issues will also arise.

Get your free issue of Global Mining Review