According to a report by Bloomberg, KKR and UltraTech Cement have submitted initial bids for all the cement assets of Jaiprakash Associates.

Jaiprakash Associates are the builder of India’s only Formula One racetrack.

The bidders have started due diligence, which could be completed by the end of February.

According to sources, potential buyers have been asked to take on as much as 200 billion rupees of the cement business’s debt as part of the deal. Under these terms, Jaiprakash would not receive any cash proceeds from the sale.

Jaiprakash is selling assets to help reduce its debt, which more than doubled to 753 billion rupees in the five years through March 2015. Any acquisition by UltraTech would help Birla’s conglomerate meet its target of increasing cement capacity to 100 million t in ten years.

Jaiprakash has an annual cement production capacity of about 21 million t, including plants under construction.

Read the article online at: https://www.worldcement.com/indian-subcontinent/22012016/kkr-ultratech-cement-cement-jaiprakash-associates-362/

Both UltraTech and Sabanci have reportedly backed out of the binding bids for the assets of Lafarge and Holcim being divested as part of their mega merger.

The Board of Directors of UltraTech Cement Limited agreed to the acquisition of certain cement businesses of Jaiprakash Associates Limited.

Kohlberg Kravis Roberts is involved in a refinancing programme for Spain’s Grupo Alfonso Gallardo, which will see it take control of the industrial group’s cement and paper operations. 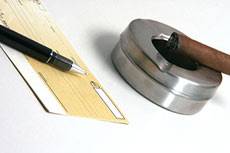 The private equity firm Kohlberg Kravis Roberts has agreed to purchase a 15 - 20% stake in Dalmia Cement.