Reuters are reporting that India has approved an amendment to the mining law, allowing the transfer of mines from sellers to buyers in a victory for the State Bank of India (SBI) that had lobbied for the change.

Under pressure to reduce corporate bad debts of more than US$120 billion, lenders including SBI have been trying to reach agreements between distressed cement, steel and power companies and those that are in better shape.

The amendment to the Mines and Mineral Development and Regulation Act, requested by SBI, has now cleared both houses of parliament and should soon become law.

Mines Secretary Balvinder Kumar announced that the changes were mainly aimed at helping companies sell limestone-mining licences along with their cement plants. It could also facilitate a merger of the Indian assets of France's Lafarge and Switzerland's Holcim after a global merger between the two companies last year created Lafargeholcim.

The deal will help UltraTech Cement Ltd's efforts to complete a deal to buy heavily indebted Jaiprakash Associates Ltd's cement plants for 159 billion rupees (US$2.39 billion) along with its limestone mines.

Read the article online at: https://www.worldcement.com/indian-subcontinent/03052016/india-alters-mining-law-boost-cement-mergers-19/

The Rail Budget was announced today and cement freight rates have been increased by 2.7%. 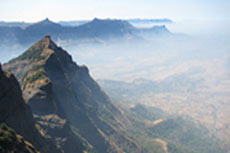 India Cements reports a loss for the January – March quarter and announces plans to restructure operations, while Shree Cement commissions its new line in Rajasthan. 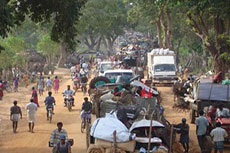 The Indian High Commissioner handed over the first delivery of 10 000 bags of cement to the Secretary of the Ministry of Resettlement and Disaster Relief services for resettled civilians in Northern Sri Lanka.

India and China have agreed to coordinate efforts to combat climate change. Neither country will agree to emissions caps, particularly while the US has not legislated emissions reduction. All three nations will be at the centre of talks at COP15.