Titan Group has reported increased turnover and profitability in 1H15, thanks mainly to improved US operations. After a 1Q15 affected by adverse weather conditions, the positive trend took hold in the second quarter and in 1H15 consolidated turnover was up almost 20% y/y to €672.8 million. EBITDA was up 18.3% to €105.3 million, while net profit after minority interests and tax was €24.2 million compared to €2.9 million in 1H14.

Cement sales in Greece were sustained by public works. Private construction activity remained depressed. Increased exports and cost-cutting initiatives helped to boost results, especially as export revenue was enhanced by the strengthening of the dollar. Group turnover in Greece and Western Europe was up 4.2% in 1H15 and EBITDA increased to €28 million from €16 million in 1H14.

The economic recovery and greater demand for building materials in the US, together with group investments in vertical integration and the strengthening US$ resulted in a 42.5% increase in turnover to €313.7 million and a rise in EBITDA from €18.3 million in 1H14 to €42.1 million.

Cement demand in Egypt improved, as did capacity utilisation rates, thanks to the use of solid fuels at the company’s Beni Suef plant. However, profitability was weakened by continuing disruption of energy supply and the increased cost of energy supply. Turnover increased to €121.6 million – up 20.6% y/y – but EBITDA declined to €10 million from €24.6 million in 1H14.

Group capital expenditure in 1H15 was almost €30 million higher than in 1H14, at €82 million (excluding acquisitions and intangible assets). This is attributed to investments in the US to capture growth and in Egypt towards fuel self-sufficiency.

Group net debt in 1H15 stood at €630 million, up €89 million y/y, reflecting increased investments and the acquisition of a minority stake in Titan’s Albanian subsidiary, Antea, among other things.

On 29 June 2015, Standard & Poor’s confirmed Titan’s credit rating as ‘BB’ and improved its outlook from ‘stable’ to ‘positive’.

Titan expects continued growth in the US and Egypt, while construction activity in Southeastern Europe is expected to remain depressed. In Greece, demand is forecast to post a further considerable decline in the second half of the year from the already depressed levels of the first half of the year. The preexisting severe liquidity crunch has been exacerbated by the temporary closing of the Greek banks and the imposition of capital controls, effecting both public works and private construction. Against these very challenging conditions, the Group has taken the necessary safeguards to ensure the continued operation of its plants in Greece, whose production is, for the time being at least, almost exclusively channelled towards exports. 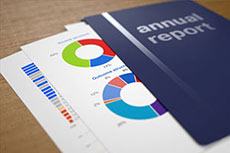 The report from the Greek cement producer covers both financial and environmental performance.

Greece's Titan Cement Company S.A. has announced that it will postpone its 2014 dividend payment.