Cementir Holding has reported the following highlights for 1H14:

In the accompanying statement, Cementir Holding Group said that the results for 1H14 beat expectations despite the impact of currency depreciations.

The Group performed particularly well in key markets including Scandinavia, where revenue rose 3.5%, Turkey, where revenue was up ~29% y/y, and in China, where revenue rose by 5.8%. Rising revenues are attributed to improved sales, especially of cement, which increased 10.7%, 12.3% and 5.8% in Scandinavia, Turkey and China, respectively. In Egypt, meanwhile, revenue in the local currency rose by around 10% thanks to increased domestic cement sale prices. Sales fell in Malaysia and Italy.

Overall, the negative impact of foreign exchange losses cost the Group some €44 million and offset the growth in revenues.

Operating costs amounted to €385.7 million, down €29.3 million, mainly due to currency depreciations against the euro. Raw material costs fell 11.2%, thanks in part to savings on the purchase of fuels and energy consumption achieved through a centralised procurement policy and better plant productivity. Personnel costs and other operating costs also fell, essentially due to the positive impact of currency depreciations.

EBITDA was up €16.4 million y/y at €78.4 million while the EBITDA margin stood at 16.6%, indicating a recovery in industrial productivity of 3.5 percentage points compared with 1H13. Total capital expenditure reached €28.7 million and includes extraordinary maintenance, improvements in energy efficiency, compliance with environmental regulations and investments in the waste management sector. Net financial debt came down by €30 million from 31 December 2013 to reach €354.9 million.

Read the article online at: https://www.worldcement.com/europe-cis/31072014/cementir-holding-improved-1h14-sales-held-back-by-foreign-exchange-losses-216/

Italian cement manufacturer Cementir Holding has approved its 2014 – 2016 Business Plan, which targets revenue growth of 5% pa over the next three years. 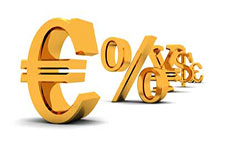