Cemex UK has announced that it replaced more than 52% of the traditional fossil fuels used to heat its cement kilns with alternative fuels during 2010, up from 45% in 2009. Based on the renewable organic materials content in the alternative fuels referred to as biomass, this meant Cemex saved nearly 194 000 t of CO2 over a 12 month period across its cement plants. This is the equivalent to saving the CO2 emissions generated by around 77 000 cars in a year.

In the UK, Cemex uses alternative fuels at its two cement plants that feature kilns, one in Rugby, Warwickshire and one in South Ferriby, North Lincolnshire. These used 49% and 67% alternative fuels respectively during 2010.

The alternative fuels used at Rugby are Climafuel and chipped tyres, and at South Ferriby Climafuel and secondary liquid fuel (SLF) are used. Climafuel is derived from household and commercial and industrial waste, which is diverted from landfill and processed through a Mechanical and Biological Treatment (MBT) plant.  Secondary liquid fuel is made from industrial liquid wastes that cannot be recycled, such as paint thinners, inks and varnishes.

According to Vice President of Cement Operations for Cemex UK, Carlos Uruchurtu, “increasing the use of alternative fuels to replace traditional fossil fuels, such as coal, is key to improving environmental performance at the plants and in our downstream concrete products. It helps to reduce the carbon footprint in particular, but also to drive down other emissions, such as oxides of nitrogen and sulfur dioxide. The use of alternative fuels also helps to reduce waste sent to landfill. In Cemex’s case, more than 300 000 t of waste that would otherwise go to landfill was used to fuel the kilns in 2010.

“We did well in 2010, but are looking to increase the use of alternative fuels further in the future. While 100% replacement would be a challenge in the immediate future, it should be our goal, subject to public consultation and permit approvals, as well as capital investment and continuous improvements in the waste derived fuels supply chain.”

Read the article online at: https://www.worldcement.com/europe-cis/31012011/cemex_uk%E2%80%99s_increased_alternative_fuels_results_in_substantial_co2_saving/

EnviroTech 2020 is an online conference for professionals in the cement sector. Featuring presentations from industry experts, you can join this completely virtual conference from anywhere in the world, absolutely free. Register for free today » 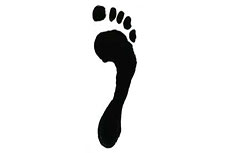 Cemex has announced that its UK operation is the first cement company in the world to provide certified carbon labels for its cement using the Carbon Trust’s Carbon Reduction Label.