The Calera process is almost exactly as described in the above principle. By exposing the captured CO2 to some form of alkalinity and calcium in the form of carbide residue (in solution), they chemically convert the CO2 to calcium carbonate and water.

Alternatively, they can also expose the CO2 to calcium chloride and caustic soda, which also results in calcium carbonate and water, along with the addition of salt.

Calera then takes this calcium carbonate and puts it to use in a variety of ways. One of the many uses, and which may be of particular interest to the industry, is that the calcium carbonate can be used as a limestone replacement in cement. As such, it can be mixed into concrete, maintaining the basic chemistry of the Portland cement. In doing so, they reduce the overall carbon footprint both by displacing the carbon associated with the production of clinker that is being replaced, as well as storing the CO2 captured and used during the Calera process.

Of further interest to the cement industry is that the Calera process uses raw flue gas, without the need of cleaning or concentration. This would allow them to easily retrofit their technology into existing cement plant setups.

Whereas the Calera process removes the CO2 from the plant and then converts it to calcium carbonate before turning it into other end products, Solidia’s process uses the CO2 itself as part of the binding agent. By using its patented process, which it calls ‘reactive hydrothermal liquid phase densification’ (rHLPD), Solidia exposes a solution of water and CO2 to a family of calcium-silicate minerals, resulting in the creation of ‘bridges’ composed of silica and calcium carbonate. The majority of the water is not consumed and can be recuperated, leaving the newly formed CaCO3 as the binding material.

This process is different from the chemistry that occurs during the curing of Ordinary Portland Cement (OPC), where water bonds with the calcium silicates forming hydrates that lock in the aggregates to form concrete. Solidia’s calcium silicate mix also uses less limestone than cement and therefore releases less CO2 in the manufacturing process, as well as sequestering the CO2 in the curing process.

CarbonCure has developed a process wherein waste CO2 is directly injected into freshly mixed concrete. As mentioned above, the OPC chemistry results in the production of calcium when mixed with water. Likewise, the CO2 results in carbonate and the overall reaction results in the formation of calcium carbonate nanoparticles. Higher strengths and improved concrete properties are believed to be attributable to the impact of the homogeneously dispersed nano-CaCO3 nucleation sites. The in-situ formation of these nano-CaCO3 sites during the curing process appears to be more effective than simple limestone addition to the cement and overcomes dispersion barriers identified with the use of ex-situ nanoparticle additions. The technology has been deployed to improve the carbon footprint of masonry blocks. Ready-mixed concrete properties are improved with an optimal dose of carbon dioxide. The approach is suitable for a simple retrofit into existing production lines and operation is similar to a typical concrete admixture.


This is part two of a three-part article written by John Kilne and Charles Kline for World Cement’s August 2015 issue and abridged for the website. Subscribers can read the full issue by signing in, and can also catch up on-the-go via our new app for Apple and Android. Check back tomorrow for part three of the article on www.worldcement.com.

Read the article online at: https://www.worldcement.com/europe-cis/30122015/carbon-utilisation-part-two-9/ 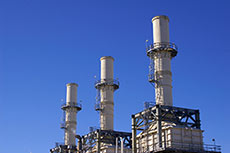 A new report from Lux Research shows how better analytical tools are a competitive advantage in determining sustainability achievements.

The Global CCS Institute has released a new report entitled ‘The Global Status of CCS: 2014’.