Holcim has released its key financial data for the first half of 2014 (ended 30 June).

Consolidated cement sales rose by 2% in 1H14 to 70 million t. This positive development was primarily due to good performances in North America, Africa Middle East and Europe. Strong growth was reported by the US and Morocco in particular, while in Europe the strong development earlier slowed down towards the middle of the year. Aggregates volumes increased slightly by 0.2% to 69.6 million t, which is mainly attributable to improved results in North America and Asia Pacific. Ready-mix concrete volumes were down 3.9% to 18.1 million m3, with growth in several European countries as a result of restructuring measures in 2013 unable to compensate for volume declines in Latin America that were caused by the restructuring of the segment in 2013. Asphalt volumes increased by 21.8% to 4.1 million t.

Group-wide net sales decreased by 6.1% to CHF9.06 billion, with negative currency effects across the whole of Latin America, as well as in India, Indonesia and other markets, taking their toll. On a like-for-like basis, net sales increased by 4.8%.

Net income fell by 13.5% to CHF657 million compared to the previous year which benefitted from the gain of a reduction of participation in Cement Australia. Net income attributable to shareholders of Holcim Ltd declined by 14.9% to CHF485 million.

Cash flow from operating activities of CHF183 million decreased by 31.6% when compared to the same period last year. Net financial debt over the last twelve months stood at CHF10.62 billion, down CHF340 million from CHF10.96 billion. Revenue from the sale of CO2 emission certificates increased slightly by CHF150 000 to CHF4.63 million.

Bernard Fontana, CEO of Holcim, commented on the results: “Holcim increased sales of both cement and aggregates in the first half of 2014, despite an uneven development of the global economy. Group regions North America, Africa Middle East and Europe recorded particularly strong cement sales. Mild weather conditions at the beginning of the year supported building activity, especially in Europe where the Group continued to restructure activities in 2014. In Asia the market situation stabilised and, as a result, ACC and Ambuja Cements in India, Holcim’s largest Group companies in the region, were able to increase cement sales."

The Holcim Leadership Journey remains on track to achieve its target of an increase in operating profit of CHF1.5 billion by the end of 2014, compared to the base year 2011 and under similar market conditions, and contributed strongly to the Group’s operational performance. The total realised benefits to date already amount to CHF1.45 billion. During 1H14, the contribution of the Holcim Leadership Journey was CHF348 million in total. The Customer Excellence stream contributed CHF133 million and the cost initiatives contributed CHF215 million to the result.

The Group has made progress with its plans of a strategic portfolio optimisation in Europe that includes a series of transactions together with Cemex. Holcim has secured approval for the transaction with Cemex in the Czech Republic, received unconditional clearance by the European Commission for its proposed acquisition of Cemex West in Germany, and is awaiting the decision on the other part of the transaction in Spain. The closing of the transaction is expected for 2H14.

On 7 April 2014, Holcim and Lafarge announced their intention to combine their activities in a merger to create LafargeHolcim, the most advanced and innovative group in the building materials industry, operating in 90 countries and creating superior value for its stakeholders.In the meantime Lafarge and Holcim have taken a further step towards the completion of this transaction. A Divestment Committee was set up by both companies and has drawn up a list of proposed asset disposals in anticipation of potential competition authorities’ requirements. Both companies will continue to consider whether divestments would be necessary where there might be overlaps or depending on regulatory requirements. The proposed divestments are subject to review and further discussions with the regulatory authorities and to the agreement of our business partners when relevant. The closing of the planned merger is expected in 1H15.

For 2014, Holcim expects the global economies to show another year of uneven performance. Construction markets in Europe are expected to have reached the bottom with slow recovery in sight. At the same time, North American markets are expected to continue to benefit from a further recovery especially in the US. Latin America, on the other hand, could continue to face uncertainties in Argentina but should overall show slight growth in 2014. The Asia Pacific region is expected to grow although at a comparatively slower pace than experienced in recent years. Africa Middle East is expected to gradually improve.

Holcim expects cement volumes to increase in all Group regions in 2014. Aggregates volumes are expected to remain flat overall as increases in Asia Pacific, Europe, North America and Africa Middle East are offset by negative volumes in Latin America. In ready-mix concrete volumes are also expected to increase in most regions with the exception of Europe and Latin America.

The Board of Directors and Executive Committee expect that organic growth in operating profit can be achieved in 2014. The ongoing focus on the cost base coupled with all the benefits expected from the Holcim Leadership Journey will lead to a further expansion in operating margins in 2014.

Read the article online at: https://www.worldcement.com/europe-cis/30072014/holcim-recorded-an-increase-in-cement-and-aggregates-sales-in-1h14-199/ 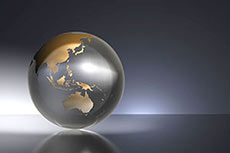 Speaking to The Wall Street Journal, the CEO of Holcim said that regulators are being formally notified of the companies’ plans to tackle antitrust concerns.

Holcim has announced plans to restructure its Indian operations so that Holcim India merges with Ambuja, which therefore acquires a 50.01% stake in ACC.

In its centenary year, Holcim looks to the future.