Holcim has reported its 1H15 results as an independent entity. Lower than expected demand dampened cement sales volumes and financial performance, in spite of higher cash flow generated by the sales of Holcim’s minority share in Siam City Cement and the positive market developments in the UK, US, Mexico and the Philippines.

Cement volumes declined by 2.0% to 67.6 million t, with all group regions except North America and Latin America reporting declines, though key markets such as Romania, the Philippines and Vietnam performed well. Aggregates and ready-mix volumes both improved y/y. The decline is attributed to a mixed global economic environment, with some areas experiencing political and economic uncertainty.

Operating EBITDA was down 3.7%, in part due to merger-related costs of CHF86 million, as was operating profit (down 5.5%). Group companies Aggregate Industries UK, Holcim US, Holcim Mexico and Holcim Spain reported increases in like-for-like financial performance, but this was offset by the less favourable development in Indonesia, at Ambuja Cements, in Switzerland and in France. Like-for-like net sales were almost unchanged from 1H14, while net income was up 4.9% thanks to the divestment of Siam City Cement.

In the group’s report on its 2Q15 results, HeidelbergCement announces increases in revenue and operating income and a decrease in net debt.

Cemex’s results show that its controlling interest net income in 2Q15 increased by 50% since 2Q14. 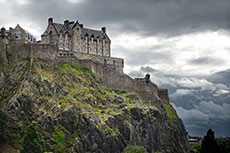 CTP Sinto America has entered into an agreement with Holcim to supply air pollution control equipment.

LafargeHolcim has officially launched across the globe and has announced key elements of its ambitions for the future.