The newly named Nelson Mandela Bridge in Barcelona, Spain, is both beautiful and functional, and has had a positive impact on the region. Cemex supplied 25 000 m3 of concrete for the 304 m long structure.

The bridge was erected at a strategic location over the Llobregat River and connects two of Barcelona’s most important economic hubs: the Port of Barcelona and the El Prat Airport. It consists of an upper arch with cables that is supported at its base by two pillars in the form of inverted tripods. This design was chosen not only for functionality but also due to aesthetic and environmental aspects, taking into account the river itself.

"Our challenge was to respond efficiently to the demands that come with bringing to life one of the most important engineering works of recent years," explains Albert Gomez, CEMEX Commercial Director in Spain´s Catalonia region. "This bridge is an essential work for reducing traffic congestion, improving communication between and easing the logistics of the many companies that operate within these two areas."

"After studying the design’s features, with its high-density incline and finishing requirements, a high-strength, self-compacting, high-plasticity and high-workability structural concrete was developed,” said Gomez. Many tests were performed in the development of the concrete mixture and attention was given to choosing the appropriate materials, including a special cement that is resistant to aggressive environments, sulfates and seawater. In an area with access issues where it would be difficult to complete typical concreting processes like vibrating, the self-compacting properties of the tailor-made concrete design became essential and supported the tight timelines.

The construction of the spectacular arch structure had its own limitations. Since the structure called for a seamless look, it was necessary to employ slow and continuous pours to avoid the formation of individual joints. Logistically it was essential to have a consistent flow of material, and thus close coordination among teams, in order to prevent changes in the finish.

By supplying the required tailor-made structural concrete and the architectural concrete, it was possible to comply with the project’s requirements from both a structural and visual standpoint. The Nelson Mandela Bridge now forms part of the Barcelona landscape and is set to support the region for years to come.

Read the article online at: https://www.worldcement.com/europe-cis/29062016/cemex-plays-role-in-nelson-mandela-bridge-425/ 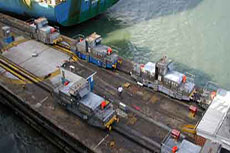 Cemex joins Panama in the celebration of the inauguration of the Panama Canal expansion, as the main cement supplier for this globally impactful project.

Cemex USA has announced that it is participating in Phase 1 of the Metro Purple Line Extension in Los Angeles, California 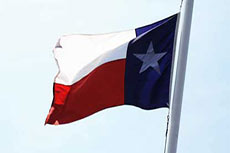 The ready-mix concrete plants were able to reduce their energy intensity by an average of 21%.