Cement giant Cemex has announced that its Soto Pajares quarry, located in Madrid, has won the Special Award for Biodiversity. The European Aggregates Association (UEPG) granted the award during the 2013 Sustainable Development Awards, which took place on 27 November 2013 and was hosted by members of the European Union’s assembly of regional and local representatives. The quarry was rewarded for its outstanding actions relating to the enhancement, protection and creation of key habitats for important species.

The projects in Spain and the UK were developed by Cemex, SEO/BirdLife (Spain) and the Royal Society for the Protection of Birds (UK), international partners of BirdLife International. The projects won the national biodiversity award in 2012 from their corresponding trade associations.

“A central part of Cemex’s business strategy is to integrate biodiversity throughout its operations, seeking to create environmental conditions similar to or better than those that were present at the very beginning of the quarries,” said Luis Farias, Cemex’s Senior Vice President of Energy and Sustainability. “Our partnership with BirdLife International plays a significant role in this.”

Read the article online at: https://www.worldcement.com/europe-cis/28112013/cemexs_soto_pajares_quarry_wins_biodiversity_award_464/

Cemex was selected as winner of the construction sector category in the 2013 Eagles of the Polish Construction Industry Awards. 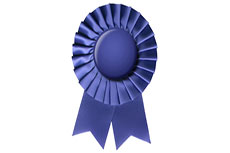 Cemex’s Assisted Self-Construction Integrated Programme is recognised in the Citizen Security category of the 2012/2013 Corporate Citizen of the Americas Awards.

Cemex is to collaborate with the Earth Engineering Center (EEC) at Columbia University and the City College of New York for alternative fuels research. 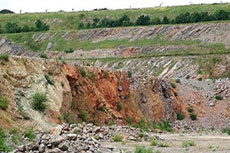