Can you talk about some of your early projects, and how these compare to projects now?

Although the basic concepts remain the same, there have been a lot of improvements in the way the projects are managed. Automation and controls are now a key part of the installation performance. Also the use of new tools for mechanical design and the progress of powerful CFDs have changed the development of our installations.

Another radical change has been the current global management concept versus the ‘too local’ of the old times. We are able now to manufacture in any part of the world and design globally, while giving local support to our clients during the onsite activities.

Our customers are mainly multinational companies with many plants around the world, and AAF offices can attend them very closely.

AAF started life as an American company, but you have offices around the world. How did this expansion occur – i.e. where did it begin and when and how has it expanded?

American Air Filter Co. Inc. was founded in 1929 when Reed Air Co. Inc. merged with seven leading air filter manufacturers. In 1935 the first foreign sales agent was appointed in Sweden and in the 1940s the commercial business began to boom. In the 1950s AAF started supporting the nuclear industry and landed in overseas markets through licensees. American Air Filter of Canada. Ltd. was formed in 1952.

In the 1960s the International Group continued growing. In 1966 our Cramlington plant in Great Britain began making dust control products and in 1968 our Emmen, Netherlands office and plant were stablished as the European regional headquarters. In 1972 Asia regional headquarters were formed in Singapore and the French and Spanish plants were opened.

All this growth took placed under Bill Reed´s leadership. Without his presence, the company was sold to Allis-Chalmers in 1978. Ten years later AAF International was bought by Snyder General and in 1994 was acquired by the Hong Leong Group. The Asian market growth demanded two regional headquarters in Malaysia and China by 2002.

Finally the company was bought in 2006 by Daikin Industries, founded in 1924 and headquartered in Osaka, Japan. Nowadays, Daikin employs more than 44 000 employees globally and is number 1 in the air conditioning global market.

What is the ownership structure today and does this have any bearing on the way the company operates? Has the style of doing business changed with the ownership of DAIKIN?

Yes, there has been a change and for the company 2006 represents a milestone in our history. Daikin, as a diversified international manufacturing company and a global leader in air conditioning, has a strong leadership character and a solid financial capacity. AAF is now following Daikin’s methodology to plan and do business with a clear strategy to grow in the coming years.

As a matter of fact, Daikin drafts every five years a unique strategic management plan, implementing an annual rolling follow-up system. We set targets focusing on our visions and management innovations, such as structural reforms fusing elements from various elements such as short-term return and long-term growth, collaborations with Group companies in Japan and abroad, partnerships with non-Group companies, cross-departmental unity, etc.

Another strength of Daikin is our People-Centred Management (PCM), a line of thinking that draws out the enthusiasm and understanding of the people who work in an organisation to strengthen and raise the capabilities of the organisation by having all members further refine their own individuality, achieve growth, and fully demonstrate their potential. Daikin has achieved the growth it enjoys today by believing in the infinite potential of people as stated in our group philosophy: “The Cumulative Growth of All Group Members Serves as the Foundation for the Group’s Development.”

On the other hand, and also related to our daily activities, we have strengthened our R&D activities. An example of the worked carried out is our new Fabripulse Fusion® bag filter where lean manufacturing has been put in place to drastically reduce delivery time and cost of the equipment.

This is part two of a three-part article written by World Cement for World Cement’s November issue and abridged for the website. Subscribers can read the full issue by signing in, and can also catch up on-the-go via our new app for Apple and Android. Non-subscribers can access a preview of the November 2015 issue here.

Read the article online at: https://www.worldcement.com/europe-cis/28102015/world-cement-aaf-arregui-spain-general-manager-2/ 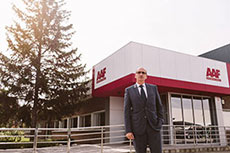 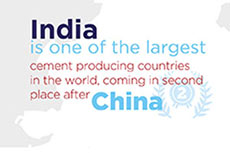 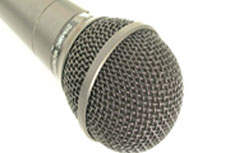 When BBC Radio 2’s breakfast show started talking about cement, World Cement had to get in on the discussion… 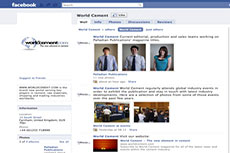