In August 2014, TAKRAF GmbH received an order from Vattenfall Europe Mining AG for the supply and installation of the new cross-conveyor system for the F60 conveyor bridge in the open cast mine at Welzow-Süd / Brandenburg. 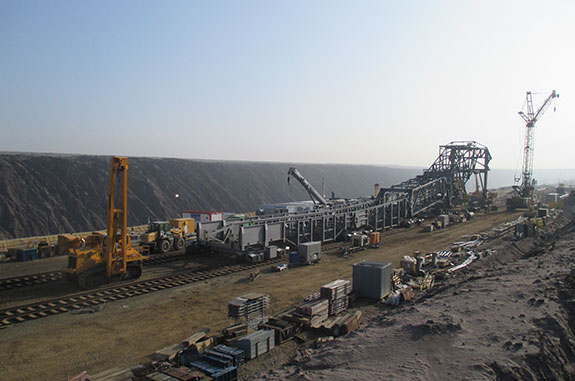 The scope of services included the conversion of hopper cars and chassis as well as the scrapping of system components which would no longer be used. The special challenge of the project was the tight schedule. The system was delivered after ten months, as planned.

Production started immediately after the award of the contract, and the first parts arrived at the site after five months. In close coordination of fabrication and erection team, all operational obstacles were managed to meet the demanding schedule. The hopper cars were relocated from April 2015 onwards. Thus an important milestone with regard to the mine operation was reached on time.

Until end of June 2015, the cross-conveyor system had been further assembled. The scrapping, conversion and adaptation work, which was carried out in parallel, was executed with the help of a TAKRAF transport crawler with a load capacity of 250 t was used, which had been supplied by TAKRAF to Vattenfall earlier. The next milestone was in May 2015, again on schedule, when the complete conveyor bridge was moved by about 10m in order to couple the new cross-conveyor system to the bridge. The scope of work also included the renovation of the lubrication system as well as corrosion protection at the construction site.

All personnel involved in the project team in the fields of engineering, fabrication and site erection worked closely together, thus enabling the successful realisation of the contract within the pre-determined schedule, benefitting from the expertise developed over many years in complex reconstruction and modernisation works. 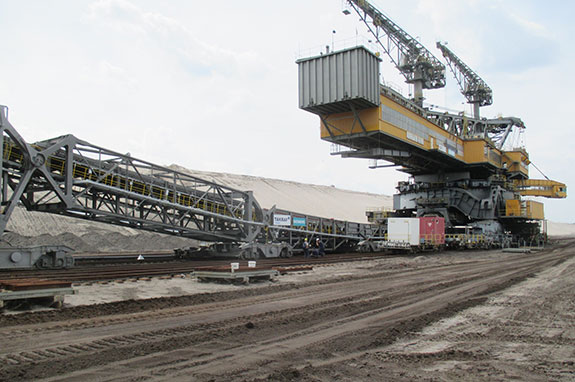 TAKRAF is already working on another project at Vattenfall.

Read the article online at: https://www.worldcement.com/europe-cis/28092015/takraf-gmbh-cross-conveyor-system-677/ 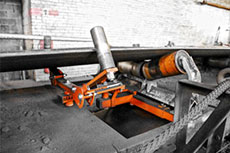 A global leader in bulk material handling solutions offers a family of responsive conveyor belt tracking systems that mitigate misalignment, rather than correcting it – even on reversing belts – to promote conveyor efficiency and safety.

Martin Engineering GmbH has announced the expansion of its conveyor safety-training program. 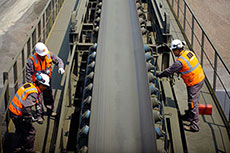