The cement industry has an important part to play in reducing global carbon emissions and the World Business Council for Sustainable Development’s (WBCSD) Cement Sustainability Initiative (CSI) has been working to help drive this. The ‘Getting the Numbers Right’ (GNR) database was set up to gather reliable, up-to-date emissions data from the industry. The CSI recognises that having accurate information can enable its members to identify the factors and levers that can impact those emissions, and to develop practical climate mitigation strategies. Now in its seventh year, the latest data to be published provides evidence of significant CO2 emissions reductions and improved efficiency across the industry.

The GNR data collected provides evidence that steady progress has been made in the cement industry since 1990, with trends showing consistent yearly reductions in CO2 emissions per tonne of product. The latest data released for 2011 is no exception. According to the 2011 GNR data (www.wbcsdcement.org/GNR), the cement industry has reduced its emissions of CO2 per tonne of cementitious product by 17% since 1990, despite experiencing production growth in this time. This has been due to four main drivers:

What is the GNR database?

The GNR is a voluntary, independently managed information database intended to help the cement sector understand its own current and future performance potential. It was developed by members of the CSI, a global effort by 24 cement producers with operations in over 100 countries, who have been working to identify key elements of sustainability for the cement industry, and to lead the industry towards these goals, since the start of the initiative in 1999.

The GNR database supports the industry’s decision-and policy-makers by enabling both to better assess the influence of kiln technology, fuel selection, plant location and other variables on global and regional plant performance and emissions. This information can then be used to develop practical climate mitigation strategies. Whilst the GNR database is a CSI programme, participation is not limited to members, but cement producers worldwide are encouraged to join and report through the system.

The data collection is based on the CSI’s ‘CO2 and Energy Accounting and Reporting Standard for the Cement Industry’ (www.wbcsdcement.org/co2protocol; hereinafter referred to as “CSI Protocol”), which was developed in 2001 following agreement from member companies on the methodology for calculating and reporting emissions. While accounting for the specific needs of the cement industry, the protocol is closely aligned with the overarching Greenhouse Gas Protocol, developed under a joint initiative of the WBCSD and the World Resources Institute (WRI). The CSI Protocol, now available in its third version (2011), is the most relevant guidance document for the measurement and reporting of CO2 emissions in the cement industry worldwide. It provides a common language, set of definitions and harmonised methodology for calculating emissions, with the aim of reporting them transparently.

Version 3 of the CSI Protocol now captures information about biomass percentages in alternative fuels. Biomass, both pure and mixed into alternative fuels, is counted as carbon neutral in some monitoring and reporting standards, including the one in the European Union Emission Trading Scheme. The inclusion of this in the latest protocol, in addition to pure biomass as already reported, provides a more accurate measure of biomass use in the cement industry. Some countries – particularly Brazil and other South American countries – now have a strong track-record of biomass use in the cement industry. Their experience is important for other regions whose climates are favourable to biomass production or which have high availability of agricultural waste.

The GNR database and the CSI Protocol demonstrate how an effective measurement, reporting and verification (MRV) system can be developed and managed for and by an industry.

The GNR data covers the years 1990, 2000 and each year from 2005 to 2011. One of the key highlights from the 2011 data, which has just been published by the CSI, is better coverage of cement production, at 888 million t compared to 840 million t in 2010. This comprises 25% of global cement production, or over 55% outside China. In some regions, the database covers more than two thirds of cement production (96% in Europe, 76% in North America and 72% in Brazil). Coverage in China is 106 million t of cement or approximately 5%. Whilst progress has been made, increasing the participation of the Chinese cement sector in the GNR remains a high priority for the CSI.

Also in 2011, four new country reports have been included in the GNR. The reports on Egypt, Morocco, the Philippines and Thailand will provide cement producers in those countries with national data to support their actions and they can also inform the development of national mitigation strategies.

The cement industry’s performance in 2011 demonstrates participants’ focus on emission reduction and energy efficiency with real improvements achieved in all key efficiency and emission indices.

Progress and drivers for reduction

The 2011 data demonstrates the significant progress made by the cement industry and provides evidence of some of the main factors driving this improved performance. For example, the industry’s investments in newer technology have improved kiln economy, particularly in emerging economies. The increasing use of alternative fuels such as biomass is also helping to drive down emissions, with some plants having replaced up to 90% of conventional fuels. Furthermore, the data shows a trend of decreases in both clinker content and electricity use due to investment in newer technologies that are reducing emissions levels.

The reduction of CO2 emissions per tonne has taken place despite the increase in cement production and growth of the industry. The gradual decoupling of emissions and cement output reflects the progressive work of the cement industry and the commitment of cement producers and trade associations. The key drivers of this reduction have been industry investment in modern technologies, use of alternative fuels and the reduction in the clinker content of cement. Additionally, cement production has become a more efficient user of electricity, reducing indirect emissions from power stations.

Written by Philippe Fonta, of the WBCSD Cement Sustainability Initiative. This is an abridged version of the full article, which appeared in the September 2013 issue of World Cement. Subscribers can view the full article by logging in.

Read the article online at: https://www.worldcement.com/europe-cis/28082013/new_data_for_cement_industry_shows_reductions_in_co2_emissions_1_209/ 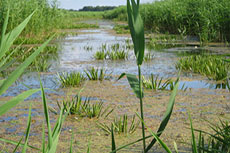 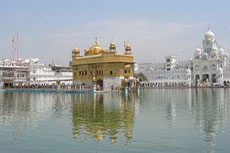 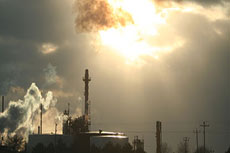