Regional brochures to outline the geological evolution of coastlines, origins of offshore sand and gravel resources and the influence of waves and tides on both the deposits and the coastline have been created by the British Marine Aggregate Producers Association (BMAPA), the representative body for the marine aggregate sector. The BMAPA worked closely alongside The Crown Estate in order to source and compile the information.

Alongside the above, the scale of marine aggregate dredging that is currently taking place, how this activity is assessed, regulated and monitored, and how similar activities are controlled in other European countries, are also included.

Mark Russell, Director of the BMAPA, said: “With the growing influence of climate change and extreme weather events, the profile and awareness of local coastal change has never been higher. This can sometimes lead to the view that such changes are somehow being influenced by the extraction of marine sand and gravel, despite the fact that dredging takes place in licensed areas well offshore and there are no physical processes that link it to the natural erosion of the coastline that has been occurring since prehistory.”

Responding to the challenges of natural coastal change

“The marine aggregate sector plays a key strategic role responding to the challenges of natural coastal change by supplying sand and gravel to large scale coast defence and beach replenishment projects, with over 38 million t being used for this purpose since 1990,” he added.

Read the article online at: https://www.worldcement.com/europe-cis/28072015/bmapa-publishes-regional-brochures-224/ 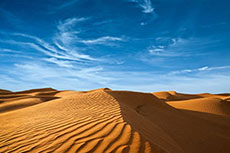 Sand is the product of erosion over thousands of years. It is also the most consumed natural resource after water, a key component of concrete, and is being extracted at a rate far greater than its renewal. How can Holcim help to redress the balance? Grace Goss-Durant reports.

CMB International was chosen to carry out the refurbishment of a Cedarapids twin-deck primary rinse screen for Cemex UK’s Northfleet operation.

The Mineral Products Association and two of its constituent bodies have published a series of three sustainable development reports with the aim of improving the transparency of the sector.