Lafarge Tarmac’s Dunbar cement works, East Lothian, has signed a Memorandum of Understanding with RSPB Scotland regarding the management of the site’s northwest quarry. The quarry will be developed into a wildlife area with access for the local community. The area will provide a habitat for a variety of species, boosting eco-tourism and biodiversity in the area, which will also have a positive impact upon the local economy in turn.

Speaking about the new agreement, Duncan Orr-Ewing, Head of Species and Land Management with RSPB Scotland, said: “The greatest economic impacts delivered by conservation come from tourism spending. Employment supported by tourism to RSPB reserves has trebled since 2002. The prospects for Dunbar and the surrounding area, given the potential of this site, are very exciting.”

It is hoped that the site will continue to attract wildfowl such as the Gadwall and Pochard, as well as the Avocet and Lapwing. In addition to a range of songbirds, birdwatchers may also catch a glimpse of the Short-eared Owl, which is not usually found in East Lothian.

“With appropriate habitat creation and management, we can expect to see many more species making use of the quarry in future and the site becoming one of the most important in East Lothian for wildlife. Once restoration work is complete, visitors will be able to enjoy nature watching here through the provision of carefully managed access with trails and hides,” said Mike Fraser, Conservation Officer for Lothian and Borders with RSPB Scotland.

Lafarge Tarmac has taken part in the UK Environment Agency’s Commonwealth Fellowship Scheme, which is designed to share best practice and compliance measures and demonstrate how enhancing the relationship between industry, regulators and local communities can boost environmental performance. Six fellows from Tanzania, Kenya and Uganda spent time with the Environment Agency over a period of four weeks, learning about how it works with the UK cement industry. Following this, the fellows were invited to Lafarge Tarmac’s Aberthaw, Dunbar and Cauldon sites, where they were given an insight into the company’s operational management processes and its environmental and sustainability initiatives. The scheme concluded with a tour of the Imperial College carbon capture pilot plant, London, which contains the latest process control and instrumentation technology from ABB. It is the only plant of its kind to be located in an academic institution, providing students with the opportunity to learn the skills required for a career in industry, as well as demonstrating best practice for carbon dioxide capture.

“The Commonwealth Fellowship Programme has given us a fantastic opportunity to share our experience in managing our environmental impact whilst bringing together regulators and industry, which we hope will deliver tangible business and environmental benefits to the countries where these fellows live, while also enhancing our relationships here in the UK between all parties,” commented David Shenton, National Environmental Manager, Lafarge Cement UK.

Read the article online at: https://www.worldcement.com/europe-cis/28012013/cement_lafarge_tarmac_uk_fellowships_dunbar_biodiversity_176/

Lafarge has ascertained the industrial viability of its new generation of clinker for low carbon cement.

A new power station in Pembroke, Wales, has significantly limited the CO2 emitted during its construction by making use of low carbon Phoenix Portland Flyash cement. 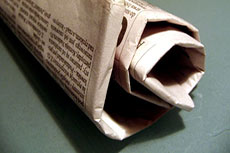 Lafarge and Anglo American have announced the completion of their 50:50 joint venture, Lafarge Tarmac.