On a regional basis, the assets acquired by Cimpor in December 2012 in Latin America performed well. In Brazil, sales increased by 108.4% to 3 million t in 2Q13 and by 104.5% to 5.9 million t in 1H13. Sales of cement and clinker also did well in Argentina and Paraguay, coming in at 1.6 million t in 2Q12 and more than 3 million t in 1H13. Although sales in Mozambique were down 4.5% in the second quarter, total sales for 1H13 grew by 7% y/y to 557 000 t. Cimpor helped to mitigate the threat of increased competition from imports in South Africa by introducing a range of new cement types. This led to a 21.1% and 6.2% increase in sales volumes in 2Q13 and 1H13, respectively. The continuing economic and political uncertainty in Egypt affected cement and clinker sales in the region, resulting in a 7.8% y/y decline in 1H13. The downturn in Portugal continued to impact sales. Despite a 2.2% rise in Portugal and Cape Verde in 2Q13, sales volumes were down by 2.5% in 1H13 to 2 million t.

Cimpor has also announced that Claudio Borin Guedes Palaia and Nélson Tambelini Júnior have been appointed to the company’s Board of Directors and to the Executive Committee. The changes follow the resignation of Luis Miguel da Silveira Ribeiro Vaz, André Gama Scharffer, Daniel Antonio Biondo Bastos and Armando Sérgio Antunes da Silva from the Board of Directors, as well as the latter three from the Executive Committee.

FLSmidth saw orders down and revenues up in 2Q13, and has announced a sustainable efficiency programme to improve financial performance. 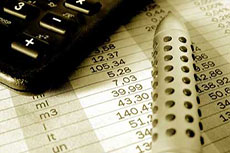 Australia’s Boral Limited has reported its results for the full year ending 30 June 2013, which show a net loss after tax of AU$212 million due to costs of significant items. 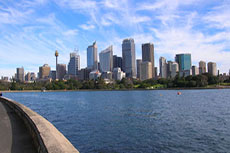 The company has completed a round of spending on capacity expansion, upgrades and environmental projects and is looking to the future.