The Liebherr Group has published key data from its annual report for the 2013 business year. Against a backdrop of moderate international economic progress, Liebherr achieved a turnover of €8.96 billion in 2013. The world economy grew by only 3% last year; whereas some fully developed national economies demonstrated a gain in dynamism, the speed of growth was lower in certain threshold countries.

Turnover according to product groups

Turnover from the earthmoving sector reached €1.88 billion in 2013, €172.5 million, or 8.4%, lower than in the previous year. There was also a drop in turnover from the mining division. After extremely gratifying growth in 2012, turnover from large hydraulic excavators and mining trucks fell back last year by €250.9 million (19.4%) to €1.04 billion. This development was part of a negative trend throughout the worldwide extractive industries sector.

As in the previous year, Liebherr achieved distinct growth with its mobile cranes sector. Turnover rose by €138.2 million (7.1%) to €2.08 billion, due especially to increases in Germany, the US and the Netherlands, the division’s largest markets during the past business year. The tower crane division achieved an increase in turnover of €37.4 million (10.4%) to €395.5 million. Growth was recorded in Germany, Switzerland and Russia, the three largest markets for Liebherr tower cranes. Results from the concrete technology division were also positive: turnover went up by some €9.3 million (4.2%) to €230.7 million.

Divisions outside construction machinery and mining recorded an increase in turnover of €111.9 million (3.5%) to €3.33 billion. The divisions in question are maritime cranes, aerospace and transportation systems, machine tools and automation systems, domestic appliances and other products and services.

In the 2013 business year, the Liebherr Group’s investments reached a total of €830 million, matching the previous year’s level. €552.5 million was invested during the year in the construction machinery and mining area, approximately half being devoted to the earthmoving division. Construction work began in the summer of 2013 on a new logistic centre near Kirchdorf an der Iller, Germany. Among the investment projects undertaken by Liebherr-Hydraulikbagger GmbH in Kirchdorf was an initial and follow-up training centre.

The mining division invested €106.2 million in 2013. In addition to extensions in Colmar, France, and Newport News, Virginia, US, the division undertook similar enlargements to its facilities at various locations in Australia, including Adelaide and Perth.

The mobile crane division invested €83.6 million during the year. In Ehingen (Donau), Germany, Liebherr’s investments included a new assembly building for experimental work, undercarriage acceptance testing and the assembly of large sunshades. The tower crane division invested some €73.2 million in the past year. In Biberach an der Riss, Germany, construction of a new training centre was completed in the autumn of 2013, and a new surface technology building was also erected. Investments by the concrete technology division amounted to around €13.1 million. In Bad Schussenried, Germany, an investment was made in application technology for the painting of a concrete mixing plant.

In the current year, the world economy is expected to develop more dynamically than in 2013; the International Monetary Fund forecasts growth of 3.6%. In its initial estimate for 2014, the Liebherr Group expects total turnover to be equivalent to the 2013 figure, though development will differ from one division to another. There will most likely be a further increase in the size of the workforce. 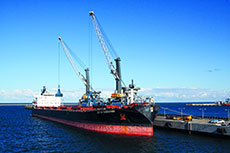 A round-up of Liebherr’s recent deliveries to ports across the Latin American continent. 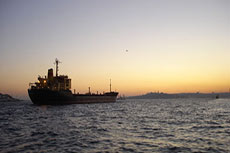 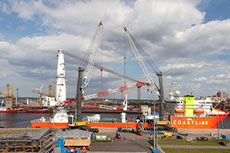 Liebherr has completed a second offshore crane with a lifting capacity of 1600 t.