The drive for a more sustainable construction industry received a boost today as new figures on the use of fly ash and furnace bottom ash show uptake continues to climb.

UKQAA (UK Quality Ash Association) – the representative organisation for the producers and users of coal ash in the UK – has released statistics on the production and uses of coal ash from 1999 to 2014. These figures span a decade and a half and highlight important trends in the supply and beneficial use of fly ash and furnace bottom ash by the construction and engineering sectors.

Key findings are that while total supply exceeds demand, generally consumption of fly ash has increased from 50% since the turn of the century, climbing to 70% of total production in 2014. Meanwhile, consumption of furnace bottom ash is nearly 100% of what is produced annually.

Based on production and use data from coal-fired power stations across the UK, the figures demonstrate that, despite the global recession and uncertainty in the construction industry, the use of coal ash has increased significantly since 1999.

In particular, with an average of 5 million t of fly ash being produced annually, the figures also show that, while use of fly ash continues to grow, its applications are increasingly diversified.

In 2014 over 50% of the fly ash produced was used for construction products, varying from the manufacture of cement, Type I & II concrete additions and concrete blocks to AAC blocks and grout. In addition, around 20% was used as a construction material in engineering fill or land reclamation projects.

The report also finds that of the 5 million t of fly ash produced on average annually, approximately 40% remains surplus. This equates to around 2 million tpy, adding to existing stockpiles of up to 50 million t of potentially usable fly ash across the UK.

Dr Robert Carroll, UKQAA’s Technical Director, said: “These figures provide a valuable insight for the industry. Not only do they highlight the significant opportunities for those looking to improve the sustainability and performance of construction products and materials, but they also show that –against a backdrop of increasing use we have significant stockpiles which could become reliable sources of useful material.

“For the UKQAA however, the use of fly ash and furnace bottom ash isn’t just about making the most of available resource; it’s also about innovating and developing our understanding of coal ash as a valuable, sustainable material. From supporting ash recovery programmes and unlocking future supply chains, to sponsoring scientific research projects, we recognise that fly ash has an important role to play in the construction and engineering sectors. To that end, we’re working to support and encourage the industry’s increasing appetite and help uncover the practical, environmental and technical benefits that using fly ash can bring.”

Read the article online at: https://www.worldcement.com/europe-cis/27012016/sustainable-construction-boost-396/

The skills shortage means demand for construction workers has never been so high. 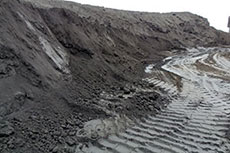 The UK Quality Ash Association has commenced an extensive research programme into the recovery of stockpiled flyash for use as a pozzolana in concrete and cement.