Sandvik’s Turku plant in Finland has produced its 9000th machine. The plant, which produces underground mining loaders and trucks, rolled out the Sandvik TH663 dump truck on 16 September, with the machine destined to be delivered to Australian Mining contractor Byrnecut later in the month.

The 9000th machine was a moment of great pride for the Turku plant, and employees, customers and suppliers gathered at the event. Official celebrations were spread across the day and included the machine roll-out ceremony directly to representatives from Brynecut.

“By all accounts, it was a great event and good experience. I am touched by Sandvik's commitment and how passionate the employees are about their work,” said Pat Boniwell, Managing Director of Australian Byrnecut.

Lars Engström, President of Business Area Sandvik Mining and Rock Technology, was also present at the occasion. He sees the achievement as a statement of Sandvik’s production capability, market-leading performance and product reliability. He also stressed the role of the factory in Finland:“The Turku factory is playing an important part for Sandvik Mining and Rock Technology’s global competence and production network, by building high-performing loaders and trucks for a global market and thus contributing to the success of Sandvik.”

Sandvik has released its proforma numbers for its new business areas.

Sandvik Coromant is one of the Industrial Partners for a new research lab.

Sandvik has again been chosen as a member of the Dow Jones Sustainability Index. 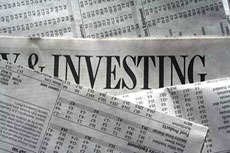 Sandvik has developed Centex Pro to solve the negative effects of overdrilling.