Net sales fell by 6.8% to CHF19.72 billion in full-year 2013, although on a like-for-like basis they increased by 0.2%. Net income grew to CHF1.6 billion, 59.3% higher than the CHF1 billion achieved in 2012. Operating profit also increased, rising from CHF1.75 billion to CHF2.36 billion. EBITDA of CHF3.9 billion was recorded for 2013, up slightly from CHF3.89 billion in 2012. On a regional basis, EBITDA improved in the US, UK, Germany, Ecuador and the Philippines but contracted in India, Mexico, Canada and Brazil.

Ready-mix concrete deliveries declined by 12.9% to 39.5 million m3 and asphalt sales volumes dropped by 2% to 8.9 million t. Sales of asphalt improved in the UK but this increase was offset by a decline in demand in the US and Canadian markets. Aggregates sales volumes dropped from 158.2 million t in 2012 to 154.5 million t in 2013. Demand levels for crushed stone, gravel and sand grew in North America. However, demand declined in Australia, impacting volumes in Asia Pacific.

“Holcim generated a solid result in the 2013 financial year. Despite difficult market conditions, as a result of which volumes in all three segments were below those recorded last year, the operating EBITDA margin and net income increased due to the consistent implementation of the Holcim Leadership Journey,” said Bernard Fontana, CEO.

Holcim’s Board of Directors is to nominate Jürg Oleas for election as a new board member at the annual general meeting on 29 April. Oleas is CEO of GEA Group AG and his previous experience also includes ABB and Alstom Group.

The Board of Directors will also propose that Wolfgang Reitzle be elected as he new Chairman, succeeding Rolf Soiron. Soiron has been a member of the Board for 20 years and Chairman for 11 years.

“We believe that 2013 represents the trough in our profits and that 2014 will be a year of profit growth,” said Chief Executive Albert Manifold. 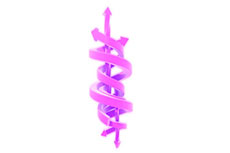 In a press briefing, Holcim Philippines’ CEO Eduardo Sahagun has spoken of the company’s record year and future plans.