CRH and Cementos Portland Valderrivas SA (CPV) have signed an agreement regarding the transfer of certain Spanish assets. CRH is to transfer its 26% share in Corporación Uniland SA to CPV, who will then transfer its 99% stake in Cementos Lemona SA to CRH.

Corporación Uniland operates two cement plants in Catalonia, as well as three plants in the US and one in Tunisia. The asset swap will enhance CPV’s international operations while reducing its exposure to the Spanish cement market, which has been suffering in the wake of the economic downturn and lower construction activity.

In addition to Cementos Lemona, which includes cement, ready-mix and aggregates operations in Bilbao, Spain, CRH will purchase CPV’s Southern Cement Ltd, a cement import terminal based in Ipswich, England. CPV will keep hold of its other UK terminal, Dragon Alpha Cement in Gloucestershire.

CRH has released its financial results for full-year 2012, which saw sales revenue rise 3% y/y to reach €18.7 billion. However, EBITDA was down 1% y/y to €1.64 billion and operating profit fell by 3% y/y to €845 million. Net debt was down €0.5 billion to under €3 billion. Although results were fairly positive in the Americas, with sales up 15% y/y and EBITDA growing 12% y/y, in Europe, sales declined by 7% y/y and EBITDA by 12% y/y. Falling construction activity, unfavourable weather conditions and the conclusion of major infrastructure works such as those relating to the European Football Championships in Poland, contributed to the overall decline in the region. For example, cement sales volumes fell by 8% y/y in Switzerland, 11% y/y in Poland and by 6% y/y in Finland, although sales volumes did increase by 32% y/y in Ukraine.

Commenting on the results, Chief Executive Myles Lee stated: “Results for 2012 reflect progress from CRH’s Americas operations helped by a strong recovery in residential construction and improving overall economic activity in the United States. In contrast, our European businesses had to contend with weakening consumer and investor confidence within the Eurozone.

Assuming no major financial or energy market dislocations, we expect that ongoing improvements in our businesses in the Americas combined with further profit improvement initiatives throughout our operations will outweigh continuing trading pressures in our European segments, enabling the Group to achieve progress in 2013.”

Lee recently announced that he would retire at the end of 2013 at the age of 60, following five years as Chief Executive and ten years as Executive Director at the company.

Read the article online at: https://www.worldcement.com/europe-cis/26022013/cement_crh_results_2012_cementos_lemona_asset_swap_spain_888/

Cementos Molins has suggested a renewed focus on foreign markets in the wake of falling cement consumption levels in Spain. 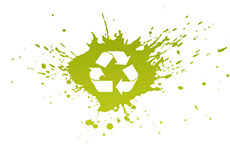 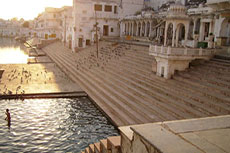 CRH plc and Jaypee Cement have terminated talks regarding CRH’s acquisition of an equity stake in Jaypee’s Gujarat operations.