MPA Executive Director, Simon van der Byl, commented, “We are extremely concerned about the impact of the CSR for three reasons.

“Secondly, Government has significantly increased business costs by the decision to turn the £1 billion pa Carbon Reduction Commitment (CRC) Energy Efficiency Scheme into yet another environmental tax, having previously promised that the scheme would be revenue neutral.

“Thirdly, Government assumes that its planning reforms and localism agenda will boost housing and other development. However, there remain major concerns about the increasing inertia that the dysfunctional plan led system continues to create coupled with increasing parochialism at the local level, which can only constrain development.”

Mr van der Byl added, “We understand that times are tough but this makes it all the more important that Government works with industry to generate economic growth.

“The disproportionate cuts to public investment will reverse the construction improvements which have helped give a comparative improvement in economic growth in the last six months and it is vital that proposed new mechanisms to generate private sector investment in UK infrastructure are implemented as quickly as possible.

“The new tax burden of the CRC, announced without warning or consultation, risks undermining trust between industry and government as well as imposing very significant additional costs on industry.

“The net result is an extremely disappointing CSR for our sector and for the economy as a whole.”

Read the article online at: https://www.worldcement.com/europe-cis/25102010/mpa_cuts_in_capital_investment_will_not_recovery/ 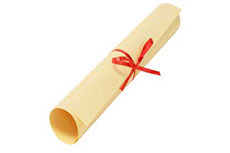 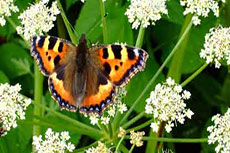 The United Nations has declared 2010 the International Year of Biodiversity and it is also a year when the Mineral Products Association (MPA) has made clear-cut progress on this front, as well as in sustainable development in general. This update has come direct from the MPA.