Cimpor has released its Annual Report, including a comment from the Chairman of the Board of Directors, Daniel Proenca de Carvalho. In it he states:

“Along 2015, we have observed a global economic downturn cycle, according to the expectations at the beginning of the year, leading the International Monetary Fund and the Organisation for Economic Cooperation and Development to lower their predictions.

The world’s economy, the global commerce and some of the major financial stock exchanges, particularly the Asian, suffered considerable breakdowns in this complex year of 2015.

I introduce this issue on this message, which reflects Cimpor’s balance in 2015 only to underline, as told to us by the philosopher Ortega y Gasset, “I am me and my circumstance.” Which means, the companies, even the most internationalized ones and with more diversified risk by a portfolio present in distinct markets, which is the case of Cimpor – an InterCement Company, they are themselves and their circumstances.

Cimpor maintained its regional or national leadership strategy in the markets where is present, balancing that presence with the development of a trading ability, allowing to test new markets to compensate consumption and demand in markets where is operating. It is, without any doubt, remarkable to point out the continuous exportation effort from Portugal, after a consumption decline in home market, not only to maintain in operation the installed capacity as well as a contribution to Cimpor’s position among the biggest international cement traders.

In this uncertain climate in international financial markets and the slowdown of some economies so flourishing until recently, as in the case of Brazil - the major market of Cimpor, give in my view some strength and sense to Cimpor’s profile as “heavy industry”; resilient, medium-range, seeking the sustained creation of added value, to professionals, suppliers and other partners but naturally permeable to the contextual variations in its path.

Is in this context that I believe must be read the results presented because more than the challenge of the present times, that I am sure will be surpassed, it is important to focus on the objective(s) of the future.

So I give a word of recognition to the management team that did not escape from taking hard but necessary decisions, as it was for example the temporary suspension of some units in Brazil, the sale of minority positions as it happened in Paraguay or the restructure that led some professionals to leave the company in some geographies where we are present.

Although in 2015 the EBITDA has retreated to €525.7 million (-18.6% in relation to 2014), the business volume has been readjusted to €2.5 billion (-4.3%) and the cement sales have been on €28 million t (-6.1% in relation to 2014), the EBITDA margin maintained as a reference in the international cement market which reveals the responsiveness in practice along this challenging year of 2015.

Cimpor remains as one of the 10 major cement companies in the world with an international performance and besides the macroeconomic framing preserves the ambition of being among the five most profitable.

Allow me to close this message with a word about Alhandra, where this year of 2015 the local factory completed 125 years of existence and is the oldest cement factory in Portugal. Being one of the biggest and most relevant in Portugal, is a living proof that with hard work and strategy the results are achieved and after a less productive phase due to the home market breakdown, the cement manufacturing to export was a well-succeeded path. Partnerships like this one, which we maintain with Alhandra’s village are part of our company’s DNA and are remarkable.”

Read the article online at: https://www.worldcement.com/europe-cis/25022016/cimpor-annual-report-released-568/

Cimpor has sold a 16% stake in its subsidiary, Yguazu Cementos. 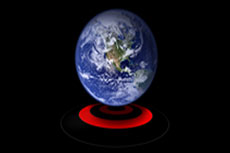 Cimpor announces its new investment plan, which aims to increase its geographical footprint.

Cimpor has received and rejected a proposed takeover bid from Brazilian company CSN.