Azerbaijan’s Norm Sement has achieved ISO certification. DNV GL Group, one of the leading certification authorities in the world, held inspections at the plant and approved the company’s performance consistency, safe operations, reliability and environmental management. In particular, Norm was recognised for its efforts on training and exchanges on safe behaviour, as well as the information provided about health and safety. Inspectors congratulated the plant on having no accidents during the construction and operation of the new cement plant, which is the largest cement plant in the South Caucasus. As a result, Norm Sement was awarded with ISO 9001, ISO 14001 and OHSAS 18001 for quality control, environmental protection and workplace safety.

Read the article online at: https://www.worldcement.com/europe-cis/24042015/norm-sement-achieves-iso-certification-746/

The Norm cement plant in Azerbaijan reached its estimated production capacity within six months of commencing operations, and is now investing in increasing its product range. 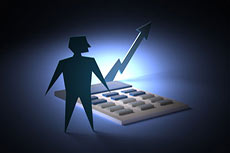 The company has said it does not plan to fight for increased market share and would focus on producing quality products.