The Lafarge and Holcim merger is moving ahead, now that the two companies have agreed revised terms. Negotiations took place last week to determine the share exchange ratio, which some Holcim shareholders thought to be too far in Lafarge’s favour under the original one-to-one exchange agreement. The new deal will see the exchange set at 0.9 Holcim shares for 1 Lafarge share.

Also under debate was the CEO position originally intended to go to Lafarge’s Bruno Lafont. Lafarge is now making a list of potential candidates for the role, while Lafont will become co-Chair of the LafargeHolcim Board, together with Holcim’s Wolfgang Reitzle.

At an extraordinary general meeting also held last week, shareholders of CRH approved the acquisition of the LafargeHolcim disposals.

Read the article online at: https://www.worldcement.com/europe-cis/24032015/lafarge-and-holcim-move-ahead-with-merger-564/

CRH plc, who entered into exclusive negotiations to acquire divested Holcim and Lafarge assets, has released a statement following the announcement that the exchange ratio terms of the LafargeHolcim merger will be revisited.

Given the recent reports of dissatisfaction among Holcim shareholders over the one-to-one share exchange agreement with Lafarge, it may come as no surprise that the companies will be reviewing the terms of their merger.

The Financial Times is reporting that Lafarge and Holcim are discussing the 1:1 share exchange deal, following reports of unhappy Holcim shareholders. 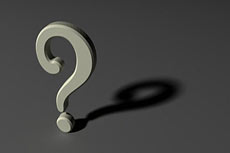 A Bloomberg report suggests that some Holcim shareholders may feel that they are getting the worse end of the proposed deal with Lafarge.