The energy efficiency framework outlined on 23 July by the European Commission will lower European carbon prices if not compensated by the implementation of the Market Stability Reserve, according to Thomson Reuters Point Carbon.

The recent tension between Russia and the Ukraine has highlighted Europe’s vulnerability when it comes to fossil fuel imports. However, disagreement remains amongst European decision-makers over the level of ambition on energy efficiency in the context of the 2030 energy and climate framework. On 23 June, the European Commission presented an in-depth analysis of the EU's progress towards its 2020 energy efficiency target, and a framework for the years up to 2030.

Hæge Fjellheim, Senior Policy Analyst – Point Carbon at Thomson Reuters stated: “The Commission’s outline for a long-term energy efficiency framework comes at a time when energy supplies to Europe are threatened by geopolitical tensions. This is the answer by European decision-makers to reduce the dependency on fuel imports”.

However the policy on energy efficiency is also affecting developments in the other main pillars of Europe’s energy and climate strategy.

Marcus Ferdinand, Head of EU Carbon Analysis explained: “A higher energy efficiency target would result in lower emissions. With lower emissions, European carbon prices would not incentivise the desired amount of abatement in the traded sectors. This bears the potential to downgrade the European carbon market from being the central pillar of European climate policy.”

Ferdinand added: “In that context, the proposal by the European Commission to introduce a Market Stability Reserve is a key factor.”

The Market Stability Reserve is a mechanism proposed by the European Commission to reform the EU ETS. In times of oversupply, a number of allowances would be transferred to the Reserve, while the mechanism would release allowances when the market balance gets tight.

Fjellheim stated: “The Commission proposal to increase energy efficiency to 30% by 2030 was preceded by a controversial internal debate in the Commission and it falls short of the Parliament’s demand for a 40% target. This proposal is just the start of an intense debate around the compatibility of energy efficiency, renewable and emission reduction targets and it is definitely not the end of the matter.”

The formal legislation will be put forward under Commission President-elect Juncker’s mandate after he starts his tenure as Commission president in November, following a political agreement by EU heads of state of 2030 headline targets in October this year.

Ferdinand concluded: “The proposed 30% energy efficiency target as announced today would lead to an average carbon price of €15/t between 2021 and 2030. This is 19% lower compared to scenario which assumes a continuation of the current energy efficiency measures”.

However, this calculation does not yet account for the effect of the Market Stability Reserve, which the Commission proposed to implement from 2021.

Ferdinand added: “With the Market Stability Reserve in place, the average carbon price between 2021 and 2030 would be approximately €25/t, some €10/t higher compared to a scenario without the Reserve. However, with the Reserve in place the price difference between a 30% energy efficiency scenario and a business-as-usual scenario would be only 9%. This is because the Reserve is expected to soak up most of the excess allowances. It shows that the Market Stability Reserve is outweighing by far the slightly bearish impact of the proposed energy efficiency target by supporting European carbon prices until the end of the next decade.”

Read the article online at: https://www.worldcement.com/europe-cis/23072014/european-commission-2030-target-is-to-lower-carbon-price-214/

The World Business Council for Sustainable Development's Cement Sustainability Initiative will conduct an analysis of the externalities (impacts and benefits) of the cement and concrete sector. 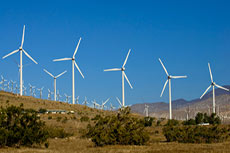 In part two of this summary of the Deep Decarbonization Pathways Project interim report, the three pillars of decarbonization are discussed.