Nevyanskiy Cementnik, part of the Eurocement Group, produced 80 677 t of clinker in February, equivalent to 103.4% of the planned production for that month. In the same period 66 377 t of cement was made, or 111.6% of the production plan. These figures put the plant 13% ahead on clinker production and 7.2% ahead on cement production compared to February 2014.

Read the article online at: https://www.worldcement.com/europe-cis/23032015/nevyanskiy-cementnik-increased-cement-and-clinker-production-in-february-559/

Schenk Process supplied the Eurocement-owned plant with a new weigh feeder as part of the plant’s modernisation investments.

The Eurocement-owned company produced 187 000 t of clinker in the first two months of this year, up 3% y/y. 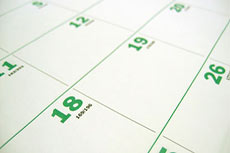 Work on the new semi-dry clinker production line at Mordovcement is continuing on schedule.