Holcim’s results for the full year 2014 show the benefit of the improving economy in North America and growth momentum in some emerging markets, including India, the Philippines, Indonesia and Mexico. Consolidated cement sales volumes were up 1% at 140 million t, or a like-for-like increase of 1.4%. Net income was up 1.5% at CHF1619 million, while net sales were up 3% on a like-for-like basis. However, an unfavourable currency effect of 5.2% and negative changes in consolidation structure impacted the consolidated net sales performance, which was down 3.1% to CHF19 110 million. Consolidated operating profit was down 1.7% at CHF2317 million, attributed again in part to currency effects. Operating profit adjusted for merger and restructuring costs of CHF149 million went up by CHF249 million or 10.6% on a like-for-like basis.

Cash flow from operating activities was down CHF288 million to CHF2498 million. Net financial debt was CHF9644 million at the end of 2014, up CHF183 million mainly due to an unfavourable currency impact of CHF250 million.

Contributions from the series of transactions with Cemex amounted to €45 million in cash. Holcim expects sustainable additional operating EBITDA of at least €10 million on a yearly basis.

Holcim has decided to sell its 27.5% stake in its joint venture, Siam City Cement Public Company Limited. This is not proposed as a requirement of the merger with Lafarge, but as part of Holcim’s regular review of its portfolio.

Holcim expects the global economy to continue its gradual recovery in 2014. The key construction markets of the US, India, Indonesia, Mexico, Colombia, the UK and the Philippines are expected to remain growth drivers. Europe is expected to remain flat, while Argentina and Brazil are expected to face uncertainties but should show some growth overall. Cement volumes should increase in all Group regions in 2015, with the exception of Europe.

On a stand-alone basis and unconnected to the proposed merger with Lafarge, the Board of Directors and Executive Committee of Holcim expect like-for-like operating profit adjusted for merger-related costs to be between CHF2.7 billion and 2.9 billion in 2015. Higher pricing and ongoing cost savings are anticipated to offset cost inflation, leading to a further expansion in operating margins in 2015.

Read the article online at: https://www.worldcement.com/europe-cis/23022015/holcim-reports-rise-in-cement-sales-volumes-and-net-income-in-fy14-380/ 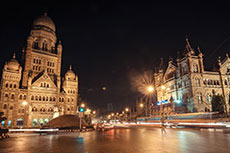 Ambuja Cement increased cement and clinker sales volumes by 2.5% in 2014 and saw a rise in net sales, EBITDA and profit.

Lafarge has reported its FY14 and 4Q14 results, which show the positive impact of a 4% increase in cement volumes and the completion of its cost reduction and innovation objectives.