The European Commission has presented its 2030 framework on climate and energy. The framework aims to create regulatory certainty for investors and introduce a coordinated approach among EU Member States in order to encourage the development of new technologies. It also hopes to achieve a low-carbon economy, as well as a secure and competitive energy system that will guarantee affordable energy for all, lower the EU’s dependency on imports and generate growth and jobs within the sector.

"Climate action is central for the future of our planet, while a truly European energy policy is key for our competitiveness. Today's package proves that tackling the two issues simultaneously is not contradictory, but mutually reinforcing. It is in the EU's interest to build a job-rich economy that is less dependent on imported energy through increased efficiency and greater reliance on domestically produced clean energy. An ambitious 40% greenhouse reduction target for 2030 is the most cost-effective milestone in our path towards a low-carbon economy. And the renewables target of at least 27% is an important signal: to give stability to investors, boost green jobs and support our security of supply,” said European Commission President José Manuel Barroso.

The European Cement Association (Cembureau) has stated that it will look into the 2030 Framework for Climate Change, as well as the EU’s Communication for an Industrial Renaissance, and will discuss the initiatives with stakeholders and relevant institutions. The Association has continuously pushed for a predictable regulatory framework that will enable long-term investment planning, so it welcomed the Commission’s acknowledgement that a longer-term perspective is required.

‘Cembureau welcomes the fact the European Commission plans to maintain the current criteria and existing assumptions (including an assumed carbon price of €30) in order to guarantee continuity for the sectors on the carbon leakage list. The continued carbon leakage status is a core operational priority for our sector, which suffers from historically low levels of profitability (well below the cost of capital). As an industry, we are committed to sustainable industrial growth and jobs but we need a stable policy framework that allows the cement industry to operate on a global level playing field.’

More information on the 2030 framework and the EU’s energy and climate goals can be found here.

ASTM International and the US National Ready Mixed Concrete Association have adopted a new version of the Product Category Rules for concrete. 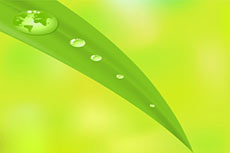 Peter Hoddinott and Daniel Gauthier were elected as President and Vice President, respectively, at the Association’s General Assembly in Vienna.