Buzzi Unicem hosted the Governor of Missouri, Jay Nixon, at its headquarters in March. The Governor was joined by Mike Downing, Director of the Economic Development Department of Missouri; Richard Fordyce, Director of the Department of Agriculture of Missouri; Tom Dempsey, President Pro Tempore of the Senate; Speaker of the House John Diehl; State Senator Jill Schupp; State Representative John Rizzo, and various entrepreneurs and representatives from local associations.

The delegation visited Italy, Germany and Spain to promote Missouri to international companies and to introduce the products made in Missouri worldwide to strengthen exports.

Buzzi Unicem has two cement plants, two distribution terminals and ready-mix and transport operations in Missouri. The company invested US$450 million in the state between 2007 and 2014.

Read the article online at: https://www.worldcement.com/europe-cis/22062015/buzzi-unicem-hosts-delegation-from-missouri-at-hq-49/ 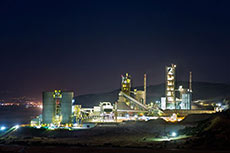 This article continues the summary of papers, discussions and plant visits that took place during the Loesche seminar on alternative fuels.

Buzzi Unicem has announced that its proposal to acquire 99.5% of the company has not been accepted by the banks and creditors taking part in Sacci’s debt restructuring agreement.

Buzzi Unicem ended the year with a 4.8% improvement in EBITDA, despite the continued recession in Italy and a slowdown in Europe and Asia in the second half of the year.