In a recent statement, the MPA has responded to a speech by UK Chancellor, George Osborne, in which he highlighted measures to boost business. The MPA welcomes freeze on the indexation of the Aggregates Levy until April next year (though still opposing the tax) as well as the increase in the rebate on part of the Climate Change Levy and the reduction in Corportation tax. However, the Association emphasises the tax and cost burden facing the industry, with Chief Executive Nigel Jackson stating:

“Whilst appreciating the problems created by the lingering instability of the Eurozone, the UK still has freedom to act in those areas of budgetary management under its control. Welcome as the measures above are, they need to go further. The UK economy is still dogged by too many taxes, indeed too many complex taxes and other measures which give rise to additional costs to business and which simply weaken the commitment to invest in this country.”

As an example of this, the MPS lists the following:

This is in addition to the potential impacts of the carbon price floor, uncertainty with regard to any relief that may emerge from the package of compensation arising for Energy Intensive Industries (EIIs), electricity market reform and the increasing cost of implementing regulations emerging from Europe.

“It is no wonder that indigenous businesses are taking a prudent view on investment and larger international companies question their continuing presence in the UK,” said Jackson. “We support the CBI’s call for a review of all “Green Taxes”, which we believe will simplify the regulatory burden and aid UK industry’s competitiveness.”

The MPA is in support of the government’s objective of reducing the deficit but considers that, as much as possible, money saved should be re-invested in infrastructure and capital projects. The Association believes that private sector must play its part, but that it requires a more secure operating environment in which to do so – meaning more incentives, less taxes.

Read the article online at: https://www.worldcement.com/europe-cis/22062012/too_many_taxes_says_mpa/ 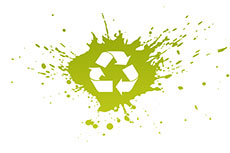 The MPA has warned that the HMRC Brief on Landfill Tax could have a detrimental impact on aggregate recycling and quarry restoration projects.

MPA pushes for increased investment in infrastructure and housing to boost the UK construction sector and economy.