Cementos Portland Valderrivas saw sales increase by 13.1% in 1Q15. The cement producer is part of the FCC group, which reported earnings of €6.2 million in the first quarter of this year, following ten consecutive quarters of losses. FCC’s EBITDA also improved, rising by 0.6% y/y to €169.3 million. EBIT grew by 2% y/y to reach €70.9 million.

Read the article online at: https://www.worldcement.com/europe-cis/22052015/cementos-portland-valderrivas-announces-appointment-888/ 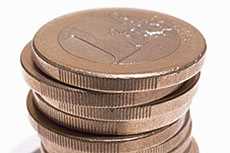 Cementos Portland Valderrivas’ parent company, FCC Group, has announced new appointments to its Board of Directors, in addition to a new Board structure.

Turnover is up 3.5%, while EBITDA for the first nine months of the year is double that achieved in the same period last year.