At the last meeting between the head of the Saransk Republic of Mordovia Vladimir Volkov and Eurocement President Mikhail Skorokhod, they announced that in 2016 the plant plans to increase production of cement up to 4 million t.

Much attention was paid to the issues of import substitution and industrial development of the country.

In addition, during the meeting the President of the Eurocement Group presented Sergei Susev to the Head of the Republic. Susev will oversee the activities of the enterprises in the Volga region, including the new Sengileevskaya cement plant in the Ulyanovsk region.

"Sergei Susev has more than twenty years of experience in the industry” said Mikhail Skorokhod. "Strengthening the management team of Mordovcement will increase the efficiency of the company and restore its position as a leader in the Russian cement industry."

Read the article online at: https://www.worldcement.com/europe-cis/21012016/eurocement-president-saransk-republic-mordovia-355/ 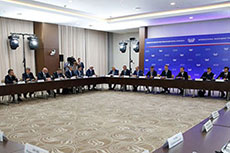 The event took place on 2 October in the framework of the XIV International Investment Forum ‘Sochi-2015’. 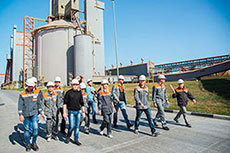 As part of the program ‘Generation E’, the Voronezh branch of the Eurocement Group held its annual company-wide meeting.