Lafarge has released its results for both 4Q12 and full-year 2012. In 2012, sales increased by 3.5% to reach €15.8 billion, aided by successful price actions carried out in response to cost inflation and growth in the emerging markets. Operating income was up by 12% to €2.4 billion. Sales volumes decreased as the continuing impact of lower construction activity in Europe was felt, although this was partly offset by growth in Asia, Latin America and areas in the Middle East and Africa. Cement volumes came in at 141.1 million t, down by 2% on a like-for-like basis. Aggregates dropped 3% to 188.3 million t, while sales volumes of ready-mix concrete fell by 2% to 31.8 million m3. EBITDA for the year rose by 7% to €3.45 billion, 75% of which was generated by Lafarge’s operations outside of Europe. The European markets were hit by poor weather conditions in 1Q12 and 4Q12, with EBITDA down by 17% in Western Europe and 22% in Central and Eastern Europe. However, in Asia, Latin America and North America, EBITDA grew by 37%, 20% and 27%, respectively. An increase also occurred in the Middle East and Africa, with EBITDA rising by 9%.

In the final quarter of the year, EBITDA totaled €856 million, an increase of 7%, driven by growth in markets outside of Europe. Operating income grew by 12% to €603 million and net debt declined by €0.9 billion to €11.3 billion. Sales volumes were down across the Group’s materials. Cement sales dropped from 36.5 million t in 4Q11 to 34.8 million t in 4Q12, while aggregates and ready-mix concrete decreased by 5% and 3% on a like-for-like basis, respectively.

Lafarge expects cement demand to increase, particularly in the emerging markets, and predicts that market growth will be in the range of 1 – 4% in 2013 versus 2012. Although the Group expects rising pricing and continuing cost inflation for the year ahead, this is likely to occur at a lower rate than in 2012.

Commenting on the results, Lafarge Chairman and CEO Bruno Lafont stated: “We have delivered on our objectives for 2012 and our results grew for the fifth consecutive quarter, driven by strong operational performance and growth in emerging markets which generated close to 60% of our sales. We are progressing fast and I am convinced that we will deliver most of our 2012 – 2015 plan to generate €1.75 billion additional EBITDA through cost reduction and innovation measures by the end of 2014, close to one year ahead of our initial objective. We target to deliver €650 million additional EBITDA from these measures in 2013.

Whilst we adopt a cautious stance on the current market environment, our actions will drive net debt reduction to below €10 billion as soon as possible in 2013.

Going forward we will continue to extract the full potential of our uniquely diversified portfolio of high quality assets, selectively investing in organic growth in our core markets. All our actions strive towards growth in sales, earnings, return on capital employed and cash flows and my priority is to maximise value creation for our shareholders.”

French cement company looks ahead to 2014/15 when it is hoped demand will pick up. 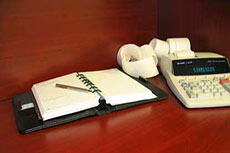 Lafarge has ascertained the industrial viability of its new generation of clinker for low carbon cement.