Hanson UK has appointed Daniel Cooper as its chief executive officer, replacing Patrick O’Shea who stepped down at Christmas, having spent eight years as head of the construction materials business.

Daniel was previously northern regional manager for Hanson Australia. Following his graduation from Murdoch University in Perth with a double major in commerce and economics, he joined Pioneer Concrete in Australia in 1993. In 2000, Hanson acquired Pioneer and Daniel held a number of operational, commercial and customer service management roles, including regional general manager for Western Australia.

Read the article online at: https://www.worldcement.com/europe-cis/20012016/hanson-uk-appoints-new-ceo-344/ 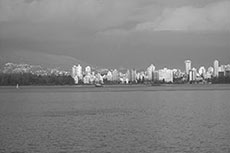 FLSmidth has been awarded contracts in Canada and Colombia.

Hanson has used Colourcrete to complete a project in Payers Park, Folkestone.

Hanson has secured a £5 million contract for the NLE project.