A set of social agents in the cement sector have agreed on a selection of measures urging all political parties contesting the upcoming general elections on 20 December, to include in their programs, ten proposals to boost economic growth, create jobs and generate added value for the whole society.

The organisations (MCA-UGT, Oficemen, and CCOO) believe that one of the keys to economic recovery in Spain is through support to the cement industry, since the data shows that any increase in activity in the industry, has an immediate impact on employment and internal demand. The ten measures are likely to be included in the electoral programs, with the ultimate goal of generating wealth and prosperity for the whole society.

These proposals support industry, with improvements in the regulatory framework, access to finance, and cheaper electricity costs, among others. The proposal includes 25 measures to boost cement demand and achieve economic, social and environmental for the whole of society benefits.

Read the article online at: https://www.worldcement.com/europe-cis/19112015/cement-agents-proposals-boost-economic-growth-29/

The cumulative growth of cement consumption in the first nine months of the year stood at 4.8%. 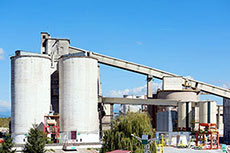