Tarmac’s electrical apprentice, George Cooper, who is based at the West Thurrock site in Essex, has been named Apprentice of the Year by MidKent college following his completion of an NVQ level 2 in engineering operations.

George began his apprentice with Tarmac in August 2015 and after completing the first year of his IPS approved qualification George was rewarded by the college with the Apprentice of the Year award in recognition of his attitude and commitment.

On receiving the award, George said: “It was fantastic to be told that I had won the apprentice of the year award, and I was very proud! It’s made me feel really positive about what I can achieve throughout the rest of my apprenticeship. The support and appreciation I have received from Tarmac has been outstanding.”

Andy Garwood, electrical engineering manager at Tarmac and George’s line manager, presented George with a trophy for winning the award, as well as £100 of vouchers. Commenting on George’s success, Andy said: “It has been fantastic to see George continue to develop from the beginning of his apprenticeship. His attitude and commitment have been first class. I am very proud of him for winning the award and am excited to see him progress and develop further. It’s great to see the reality of how our Make Your Mark campaign has been successful in helping us recruit young, ambitious talent across the UK, and the impact they are having on our business.”

George has now started the second year of his apprenticeship and will be attending MidKent college one day a week, where he will study to complete his level 3 BTEC as part of his plan to become an electrician at tarmac’s South East Terminals.

Read the article online at: https://www.worldcement.com/europe-cis/19082016/tarmac-apprentice-awarded-apprentice-of-the-year-113/ 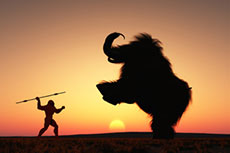 A woolly mammoth tusk has been discovered at Tarmac’s Clifton quarry. 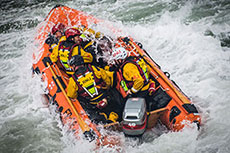